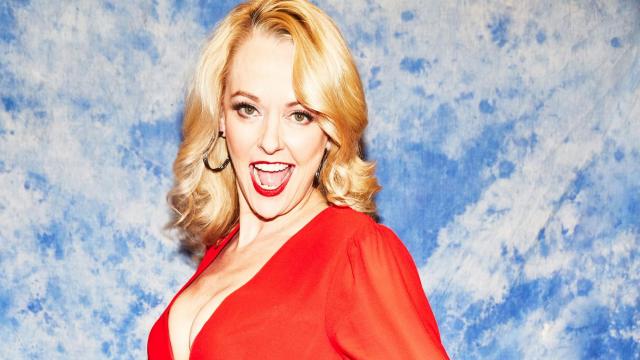 NEW YORK — There are plenty of vain actors. But there are those who are way worse: vain, past-their-prime actors who want to recapture their former glory. And what better way to get attention than (big smiles, the cameras are snapping) charity work?

And what better roles for veteran — but not-past-their-prime — Broadway actors who have a sense of humor about themselves?

In the new musical comedy “The Prom,” a farcical quartet of self-centered theater stars who descend on a small town in Indiana are played by a farce-loving quartet of real theater stars who have been encouraged to portray their roles as heightened versions of their own personalities.

The show, which opens on Nov. 15 at the Longacre Theater, originated with producer Jack Viertel, who was struck by news reports of gay high school kids who were denied the chance to go to their proms.

He suggested it as a project for musical theater director Casey Nicholaw (“Mean Girls”), who recruited his collaborators on “Elf,” Bob Martin and Chad Beguelin, to write the script and Matthew Sklar to compose the score.

Enter the acting foursome, who lend their support to a high school student testing boundaries in her conservative community: Brooks Ashmanskas as Barry Glickman, who reminds everyone within earshot of his Drama Desk Award; Beth Leavel, a real-life Tony Award winner, as Tony-winning diva Dee Dee Allen, now reeling from a flop; Angie Schworer as a character named — wait for it — Angie, a veteran of the ensemble who is wishing for a lead; and Christopher Sieber as Trent Oliver, a waiter who can’t stop talking about his days at Juilliard.

How did the creators find inspiration in their cast? What’s it like playing an exaggerated version of yourself? In conversations that have been edited and condensed for clarity, the performers and writers describe how the roles came together.

They would all like you to know that the actors are not as selfish as the people they play onstage.

Why her (according to her): I think they wanted a wisecracker, showgirl type. I had only done “Minsky’s” for Bob Martin and Casey in Los Angeles. I don’t do anything great — I just do a little bit of everything.

Why her (according to Chad Beguelin): Originally, the character was going to be Elphaba’s understudy [from “Wicked"]. She never got to go on and she also had slightly green makeup. Before we did our table read, we started to think this is a one-trick pony. I think Casey said, “What if it was someone who was an Angie Schworer type?” We said, “Why don’t we get Angie?”

What does Angie do that you never would?: Quit. I would suck it up. In “The Prom,” I’ve been in “Chicago” for 20 years and I finally quit because they would never let me go on for Roxie Hart. Real Angie would not. I love to work, especially as you get older, and it’s all about pension weeks.

Why him (according to him): I can’t imagine what they see in me other than neediness and tiredness.

Why him (according to Bob Martin): Brooks is a guy, when you hang out with him, he is constantly on. He is extremely funny all the time. When you break through that, you get to somebody who is carrying a lot of emotional weight. That’s what we see in the show. We see Brooks as the skilled comedian who is deflecting criticism and barbs left and right. But he gets to this place that makes you cry.

What does Barry do that you never would?: Everyone is narcissistic. But I’m not really. I am the first to knock myself down.

Why her (according to her): Bob Martin and I go back to “The Drowsy Chaperone,” and he knows my comedy so well. The same with Matt and Chad writing it. Matt goes, “I’m hitting your power C.” He just knows my range. He knows where the strong notes in my storytelling are.

Why her (according to Martin): She was so good in “The Drowsy Chaperone” because she could play the self-conscious diva. So, she’s a diva, but she’s aware that she’s a diva. This role, we take that up a notch. This character doesn’t know how to deal with people in a normal way anymore. Beth is both a celebrity and an incredibly normal person.

What does Dee Dee do that you never would?: Put myself ahead of everyone else. I’m more of a team player.

Why him (according to him): I don’t know, and that terrifies me. I’ve played characters before [who are] very full of themselves, like Sir Dennis Galahad in “Spamalot.” I have, through the process, stolen behaviors that I know of other actors that are similar to Trent Oliver. I hope they don’t notice.

Why him (according to Beguelin): Chris is really good at doing pretentious — being very full of himself to the point of hilarity.

What does Trent do that you never would?: Trent holds on to the past a lot. He used to be a Broadway star and now he’s a waiter. I don’t really live in the past. I know actors that I’ve worked with that have — they even dress the way they did in their glory days.