Who Is a Senior Administration Official? It Depends 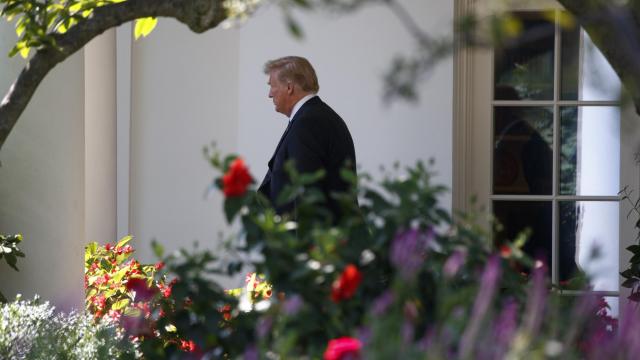 WASHINGTON — It is a perfectly Washington construction — inscrutable, important-sounding, soaked in self-regard.

Could be anybody, really. Or could it? The only consensus Thursday: It wasn’t me. According to senior administration officials moved to identify themselves.

After the publication of an op-ed in The New York Times on Wednesday by an anonymous “senior administration official” — who claimed to be part of a shadow effort to protect the nation from the worst impulses of President Donald Trump from within — a key question, aside from the still-undisclosed identity of the author, emerged:

What is a senior administration official? Who counts?

Certainly Cabinet secretaries would qualify, and top aides in the White House, like the chief of staff.

But veterans of Washington recognized that the list was potentially far broader, and murkier. (The name is known to the Times editorial page department, which operates separately from the news department.)

Generally, sourcing descriptions are a matter of negotiation between a journalist and a source. Both breeds have historically found reason to tack on “senior” when possible: It can help a reporter convey gravitas — who would trust an administration official of merely medium import? — and feed the ego of a government employee chafing daily at the constraints of life in the federal bureaucracy.

“Everyone in the administration thinks they are a senior administration official,” said Jason Chaffetz, a former Republican congressman from Utah who led the House oversight committee. “It doesn’t eliminate anybody.”

At the very least, according to the working definition used by many journalists and sources, the universe of possible senior administration officials probably numbers in the hundreds, at a minimum — deputies, undersecretaries, special assistants.

Even spokesmen can qualify: Applications for “senior administration official” seem to have few requirements, although the pay varies.

“I was quoted as one when I was an assistant White House press secretary making $57,500 per year. Is that really senior?” said Tommy Vietor, a spokesman for the National Security Council under President Barack Obama.

Others suggested that the term did have some parameters, even if they were vague. David Axelrod, Obama’s former chief strategist, said he would include “everyone who carries the title of assistant to the president and all Cabinet officials.”

Steve Israel, a former Democratic congressman from New York, suggested that there could be meaning in the distinction between “White House” and “administration” — a kind of “real estate designation,” he said. Often, those who work in the White House or the adjacent executive office building are rendered as “White House officials,” Israel observed. Everyone else, then, would be an “administration official.”

But what of the “senior?” This word, more than the others, has seared itself onto the city’s collective consciousness this week, less a Zorro “Z” than a squiggle that can mean anything. Or nothing.

“Several times I tried to get quoted as a junior administration official, just for fun,” recalled Vietor, now a host of the “Pod Save America” podcast. “It never worked.”

Many high-ranking Trump administration officials have denied responsibility for the op-ed — Vice President Mike Pence and Secretary of State Mike Pompeo among them. But some in this White House have often denied events that were later proved to have occurred.

In fact, many indisputably senior administration officials — including the senior-most official, a president who used to call in tips about himself to the New York tabloids — have been known to speak anonymously to reporters quite a bit.

Still, the White House was adamant Thursday that the news media’s “wild obsession” with uncovering the author was “recklessly tarnishing the reputation of thousands of great Americans” who work for Trump.

But she would say that. She is a senior administration official.