GENEVA — The World Health Organization said Friday that a six-week-old outbreak of the deadly Ebola virus in Democratic Republic of Congo was worrisome and must be aggressively controlled, but does not warrant its top designation as an international public health emergency.

The organization’s emergency committee, meeting in Geneva, said public health authorities and aid organizations were in a strong position to halt the highly contagious disease even though it has now spread to an urban area.

Dr. Robert Steffen, chairman of the emergency committee, told a telephone news conference after the meeting that the early detection of the outbreak and the preparations to stop its spread provide “a strong reason to believe that this situation can be brought under control.”

The top crisis-level designation of “Public Health Emergency of International Concern” is invoked by the organization’s emergency committee to galvanize international action and provide advice on how to contain a deadly and contagious malady threatening to spread uncontrollably across borders and continents.

The World Health Organization’s announcement Friday came a day after it announced that the Ebola virus had spread from a rural northwest area of the Democratic Republic of Congo to Mbandaka, a city of 1.2 million and the capital of Équateur province, elevating the risk of a far larger contagion.

Steffen said that between April 4 and Thursday, 45 suspected Ebola cases had been reported, including in three health care workers, and 25 fatalities. Of 14 confirmed cases, he said, one was in Mbandaka, which “of course has implications with respect to its spread.”

The Democratic Republic of Congo, the World Health Organization and its partners, Steffen said, “should remain engaged in vigorous response — without that the situation is likely to deteriorate significantly.”

Nonetheless, he said, “the conditions of a Public Health Emergency of International Concern have not been met.”

Mbandaka, on the banks of the Congo River, is an important water gateway to the capital, Kinshasa, where 10 million people live, and is a hub for traffic with neighboring countries.

Although Ebola’s presence in Mbandaka has made the risk of an international spread of the disease “particularly high,” the emergency committee said there should be no restrictions on travel or trade and instead urged stronger surveillance and preparations for dealing with the disease.

The World Health Organization has become especially sensitive about its response to Ebola since the last outbreak a few years ago, when the disease ravaged West Africa in one of the worst public health threats of recent times, with more than 11,000 deaths.

The organization was criticized by some public health advocacy groups for reacting too slowly to the West African outbreak. The organization’s decision to convene the emergency committee in the early weeks of the Democratic of Congo outbreak underscored the contrast.

The emergency committee cited progress in establishing treatment facilities, mobile laboratories, improved surveillance and engagement with local community leaders. Health teams had already tracked down more than 530 people in contact with those believed to have the virus.

The World Health Organization has sent 7,500 doses of an experimental Ebola vaccine to Kinshasa. The organization’s director general, Dr. Tedros Adhanom Ghebreyesus, who visited the area last weekend, said vaccination of health workers most at risk of Ebola infection could start as early as Sunday. 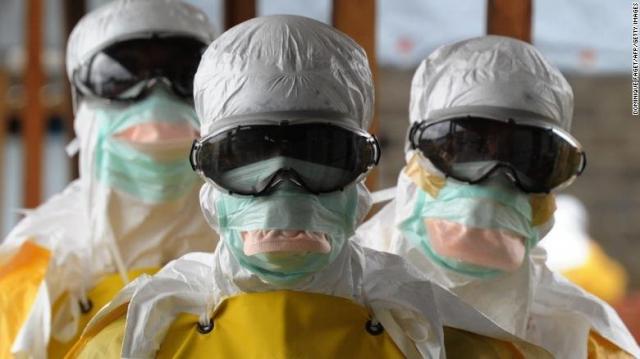