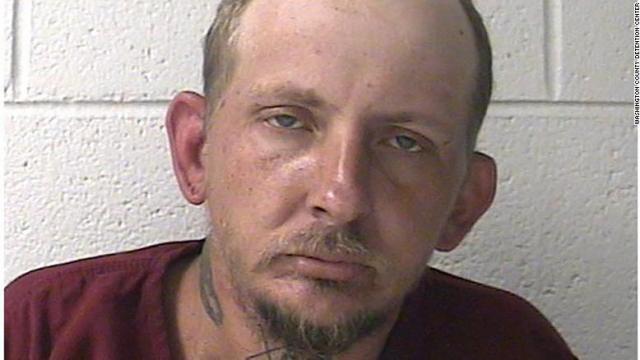 Elizabethton, Tenn. — Officers with the Johnson City Police Department in Tennessee arrested a man with a familiar name but an unfamiliar face Friday.

Tupac A. Shakur, 40, of 576 Broad St. in Elizabethton, was charged with aggravated assault, resisting arrest, simple possession of meth and possession of drug paraphernalia, according to the JCPD.

Shakur, who is white, shares a name with a famous, dead rapper.

The original Tupac was just 25 but already an accomplished rapper and actor when he was shot to death in Las Vegas in 1996. No one has ever been charged in Shakur's death, which is attributed to an East Coast - West Coast rap rivalry.

Tennessee's Shakur, according to the report on his arrest,  "attempted to turn towards officers with a knife in his hand."

It was unclear whether the Tennessee man was given the famous name at his birth, whether it was simply a coincidence, or whether he at some point changed his name to align with the rapper, who is one of the top-selling music artists of all time and a posthumous inductee to the Rock and Roll Hall of Fame.