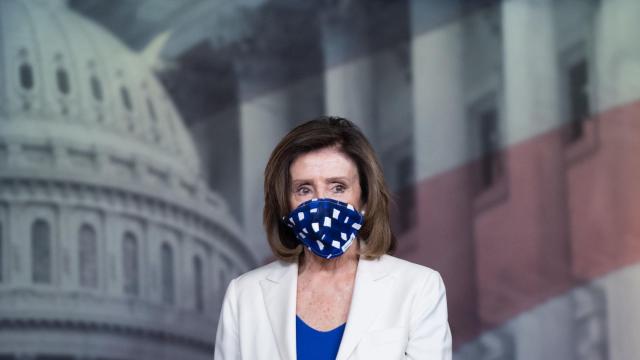 CNN — Negotiations over the next stimulus package intended to bolster the economy and help struggling Americans pay their bills have stalled on Capitol Hill with Democrats and Trump administration officials walking away after talks broke down on Friday and devolved into partisan finger-pointing.

No additional discussions are planned after nearly two weeks of daily meetings, and lead White House negotiators Mark Meadows and Treasury Secretary Steve Mnuchin say they are recommending President Donald Trump move ahead with a series of executive orders aimed at extending the federal moratorium on evictions, continuing federal unemployment benefits and suspending the payroll tax.

"(We) will recommend to the President based upon our lack of activity today to move forward with some executive orders," Mnuchin said Friday.

The executive orders are expected to meet fierce resistance from Democrats who plan to challenge them in court. Democrats warn that executive action taken will be insufficient to address the extent of the economic and public health crisis faced by Americans during the pandemic.

The lack of progress Friday followed a familiar pattern for negotiators who, despite roughly 20 hours of meetings, have struggled to agree even on the scope of the problem at hand. Now, Democrats and Republicans will have to make their arguments to an American public demanding more relief just three months from an election.

For weeks, Democrats have argued they have the upper hand in a negotiation where Republican rank-and-file are divided over whether another stimulus is even needed, but the White House argued Friday that they would prefer to push ahead with more targeted executive actions rather than move more in the Democrats' direction on a topline number.

"We're going to take executive orders to try to alleviate some of the pain that people are experiencing," said Meadows, who is Trump's chief of staff. "This is not a perfect answer. We'll be the first ones to say that, but it is all that we can do and all the President can do within the confines of his executive power and we're going to encourage him to do it."

Earlier Friday, the Trump administration rejected a Democratic offer to agree to a stimulus price tag of around $2 trillion with Mnuchin calling it "a non-starter."

"I don't know that that's a reduction, as much as she is just changing the time frames. I don't think she's come off with her number, other than just made a shorter time," Meadows added, referring to Pelosi.

Pelosi and Schumer suggested that they would not be open to a number lower than $2 trillion, arguing that such a plan would fail to win over a sufficient number of Democrats in both chambers.

"The House doesn't have the votes to go south of $2 trillion, the Senate Democrats can't go south of 2 trillion, so that's what compromise is all about," Schumer said. "Because there are 20 Republicans who don't want to vote anything that doesn't mean the whole thing should shift in their direction. You have to meet in the middle."

Meanwhile, Senate GOP leaders didn't think that anything above $2 trillion could pass the Senate.

On a private call with GOP senators earlier in the day on Friday, Mnuchin and Meadows said they believed that the Democrats' demands for nearly $1 trillion for state and local government had become the biggest sticking point over a deal, multiple sources told CNN.

They also argued Democrats have not moved off their positions or proposed things that the GOP could accept. For instance, the officials said, Democrats were pushing for permanent student loan forgiveness as part of the deal.

Democrats have argued that passing anything less than a large-scale package is a non-starter and have pushed back against the idea of passing anything piecemeal, while Republicans have accused them of holding up progress toward passing a smaller package that would deal with issues of common ground.

As the odds of a deal look increasingly slim, finger-pointing has intensified on both sides.

"My frustration is that we could've passed a very skinny deal that dealt with some of the most pressing issues," Meadows said Thursday evening.

Schumer was critical of Meadows on Friday, calling him "non-compromising."

"His positions are quite hardened and non-compromising, more-so than Mnuchin," Schumer said of Meadows when asked if the White House chief of staff is negotiating in good faith.