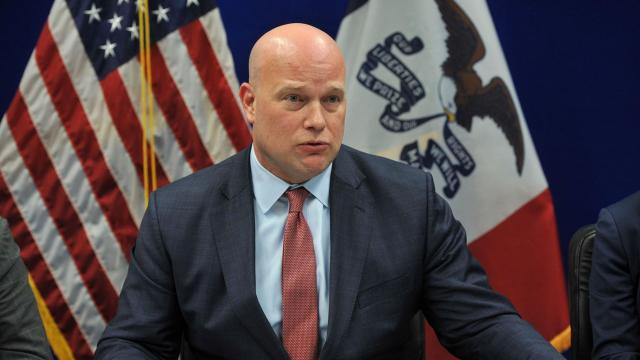 Whitaker's public testimony will give House Democrats a chance to question him about his views on special counsel Robert Mueller's investigation, any actions he's taken related to the probe and his decision not to recuse from the special counsel investigation after Justice Department ethics officials recommended he do so. It also could put him in the hot seat before the President's permanent pick for attorney general, William Barr, can be confirmed by the Senate.

Nadler last week threatened to issue a subpoena to Whitaker for his testimony if he did not agree to appear in January, but the committee and Justice Department agreed he would voluntarily appear on February 8, Nadler said in a letter sent to Whitaker Tuesday.

The hearing is likely to be the first high-profile testimony for House Democrats in the Judiciary Committee, and it will come one day after former Trump lawyer Michael Cohen testifies before the House Oversight Committee.

"As we have discussed and I have informed your staff, I expect you to appear on February 8 whether or not the current lapse in appropriations has been resolved, and whether or not the Senate has confirmed a new Attorney General," Nadler wrote.

Barr was on Capitol Hill Tuesday for his confirmation hearing, and his nomination will still take several weeks before he can be confirmed. The Senate Judiciary Committee needs to advance his nomination after he responds to senators' follow-up questions, and then it would be considered by the full Senate.

Since Whitaker was tapped to replace Jeff Sessions in November as acting attorney general, he has been under fire from Democrats for his public comments criticizing the special counsel's investigation.

Democrats demanded he recuse himself, and have called for an investigation into his decision not to recuse despite the recommendation from DOJ ethics officials.

But Whitaker has not appeared to take any actions with regard to the Mueller investigation, and he's left the day-to-day supervision to Deputy Attorney General Rod Rosenstein, who was supervising the probe when Sessions was attorney general and recused himself.

Democrats are likely to press Whitaker on his conversations with the White House and President Donald Trump, and Nadler told Whitaker that he wanted him to ask the White House about executive privilege ahead of the hearing.

"If you plan to invoke executive privilege in an attempt to avoid answering any particular question, I ask that you consult with the White House well in advance of the hearing," Nadler wrote.