Where was Brookside Park? Century-old park and lake forgotten by Raleigh 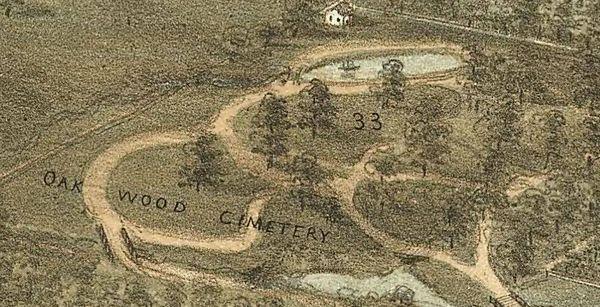 Old Raleigh maps reveal a historic park at the end of a trolley line -- but no trace of it exists today.

Unlike Bloomsbury Park, another lost trolley park with a roller coaster and carousel that once stood near Five Points on Glenwood Avenue, Brookside Park is even older, with even less historic information.

A photo of the park couldn't even be found for this segment, but proof of Brookside's existence can be seen on old maps and in newspapers from the 1890s. It even had a pavilion and its own lake, called Lake George, both of which are now gone.

Brookside Park opened in 1888 and maps indicate that it stood just north of Oakwood Cemetery. In a newspaper article the land was described as "the loveliest shaded hillside, the most attractive combination of trees and grass, rocks and water in Raleigh township."

However, when driving down the stretch of road where the park and lake should be, there seem to be no remains. 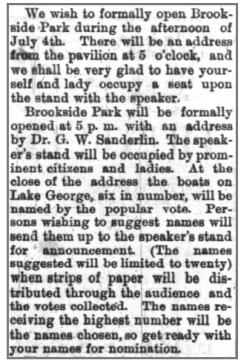 What stands at the modern day site of Brookside Park?

Although Brookside Park is one of Raleigh's earliest parks, many locals are completely unaware the park ever existed. Plans have also been found for a swimming pool, a bowling alley and a merry-go-round at Brookside Park.

In its heyday, it held community dances and concerts in a dance pavilion. Political rallies were held on its grounds, and many public events and fundraisers took place there.

The property was owned by Dr. McKee, just northwest of Oakwood Cemetery, according to a contemporary newspaper article from 1888.

Historians have not completely agreed on the modern day site of the park's original location, which seems to be a mystery.

Using tools like overlaying old maps of Raleigh onto new satellite images doesn't work, because in this case the available map is a drawing – not something that can be perfectly overlaid. 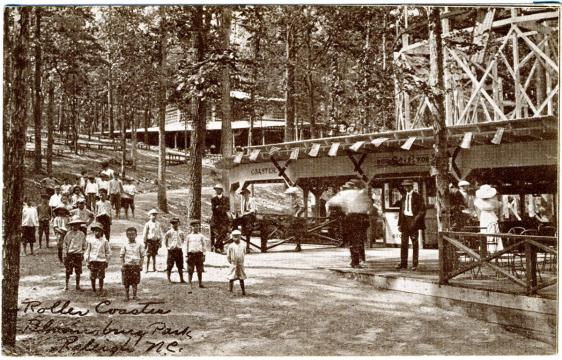 Raleigh's other trolley park, Bloomsbury Park, came later, opening in 1912. Historians were able to deduce the location of Bloomsbury by overlaying historic maps of the property with modern maps, then lining it up with structures like the trolley platform and dance pavilion, which remain hidden and overgrown in private yards.

Brookside Park, however, dates back to decades earlier. As far as historians can tell, there are no structures from the park remaining.

Historians have looked at old streetcar maps to see if a specific trolley stop location could be determined. If we could pinpoint the location of the trolley stop for Brookside Park, we could guess the park may have been nearby. 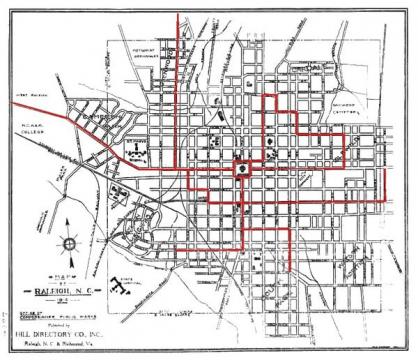 However, some historians have guessed that the Raleigh Street Railway Company didn't run the streetcar all the way up to the park, but rather stopped nearby and allowed allowed a mule track spur to carry guests the rest of the way – thereby downgrading the usefulness of a trolley map.

However, some newspaper articles indicate the trolley ran right up to the gate, reading, "If you wish to visit Brookside Park today you can do so without the hill-climbing of a few days back. The cars now run through to the entrance to the park."

An illustrated map of historic Raleigh shows Brookside Park as located just north of Oakwood Cemetery. A sizable lake in the illustration shows a little boat doodled on the lake. The lake, however, is not the same 'Lake George' mentioned in newspapers. Rather, it's Lake Grassmere, part of Oakwood Cemetery's 72 acres.

"Our original maps show it on our property. We had multiple bodies of water," said Robin Simonton, Director of Historic Oakwood Cemetery.

Simonton said some of the photos of Lake Grassmere even show a man canoeing in the cemetery's lake.

"Remember, Oakwood is older than Pullen Park. It was used as a park in many ways," she said.

Because the map likely shows Lake Grassmere, not Lake George, there's even less information about Brookside Park's lake. All historians really know is that is was just north of Oakwood Cemetery's property. 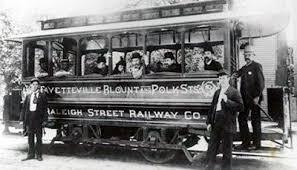 According to a written history of North Carolina street railways, "The Raleigh Street Railway Company opened the state’s first streetcar system on Christmas Day in 1886."

The company owned four miles of track, as well as four light horsecars.

The track to Brookside, according to this written history, went north on Blount Street to Brookside Park, just north of Oakwood Cemetery. 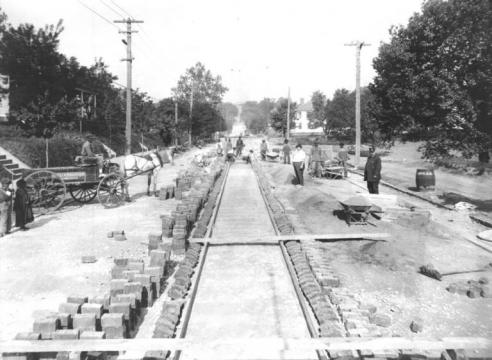 Tracks also went to the depot in southwest downtown Raleigh.

In 1894 the company became known as the Raleigh Electric Company.

Where is Lake George and the remains of Brookside Park?

Historians have still not completely solved the definitive location of Brookside Park or Lake George, but they do have some clues.

As this is still an open history mystery, readers can feel free to download old maps, hunt for clues and speculate! And if you ever stumble upon any strange old stones, structures or remnants along Brookside Drive or even the apartments -- it's possible that they are remnants from Raleigh's forgotten Brookside Park.

WRAL's Hidden Historian will be exploring the remains of an original, historic trolley stop this afternoon. Keep an eye on WRAL's Facebook, where posts will alert viewers when to watch! You can join the adventure, and share your theories on where Brookside Park and Lake George once stood. 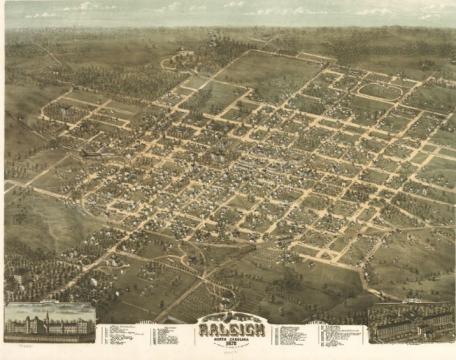