When the Social Mission Comes Before Making a Buck 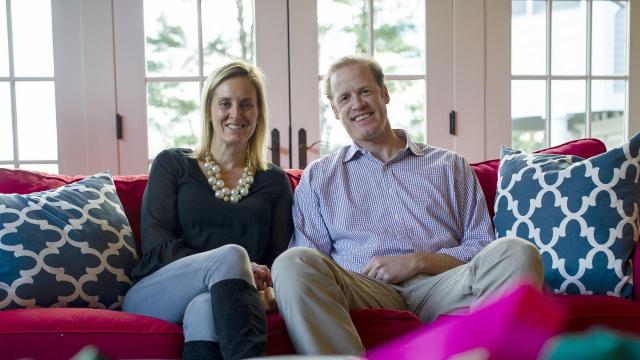 A granola bar can stave off hunger, but can it save a life? Two American actors, Ryan Devlin and Todd Grinnell, are aiming to find out.

On a humanitarian trip to Liberia in 2007, the pair visited a clinic where they saw beds filled with children being treated for malnutrition — a preventable condition, they were told, if the clinic had food aid.

After returning home, they were intent on doing something to help. Instead of starting a nonprofit organization to raise money for the clinic, they gathered two other actor friends, Kristen Bell and Ravi Patel, and in 2013 created a company called This Bar Saves Lives.

Their idea is based on a growing “buy one, give one” social entrepreneurship strategy. Every time someone buys a granola bar, the company donates a packet of Plumpy’Nut, a nutrient paste, to a child in need.

“This Bar Saves Lives is a company that wants to help in malnutrition, and we happen to sell bars,” said Paul Yoo, the company’s chief executive. “We’re not a bar company with a social mission.”

So-called giveback companies, whose social cause is an integral part of their corporate mission and brand marketing, have been around for more than a decade and include such mainstream businesses as eyewear seller Warby Parker and Toms, which began as a shoe company but has expanded to sell apparel and accessories.

But what was a novelty then has become a business necessity for some entrepreneurs.

“Nowadays, people expect it,” said Kevin Tighe II, founder and chief executive of Coastal Co., which sells surf apparel and donates a portion of sales to clean up beaches. “If you’re not participating in a way to give back, it’s almost frowned upon.”

Tighe, who grew up in suburban Maryland dreaming of surfing, wanted to differentiate his company from the competition, so he connected it to a surf-related cause. He chose Heal the Bay, which works on the beaches around Los Angeles. But the charitable endeavor was also about positioning his business.

“In the long run, it’s about building a sustainable brand,” Tighe said. “If you’re just focused on the revenue, you’re not going to have that sustainable aspect.”

Philanthropy has long been a big part of business, with chief executives dictating where charitable dollars should go or how employees ought to volunteer their time. But some entrepreneurs are letting their customers drive the giving by how much they spend.

“My research basically shows that companies give back for two primary reasons,” said C.B. Bhattacharya, a marketing professor who holds the Zoffer Chair of Sustainability and Ethics at the University of Pittsburgh’sKatz Graduate School of Business. “It’s the right thing to do — corporations need to give back to society — and they believe it’s the smart thing to do, in terms of stakeholders taking notice of what you’re doing.”

Still, there isn’t a road map to success, and the journey can be full of bumps. When Richard and Ashley Perkin started Gells four years ago to manufacture belts, they thought they had landed on a clever way to link sales to causes they believed in.

The couple, who live in Southport, Connecticut, selected five small charities that they wanted to help. They also had belts in five colors, each matched to a charity that took a share of 5 percent of sales. The only problem was, most customers bought navy blue belts, which Gells had linked to the Blue Ocean Society for Marine Conservation.

“The Blue Ocean Society was getting a greater share of the 5 percent, and that didn’t seem right to us,” Richard Perkin said. “It also became an accounting headache as we went into stores.”

The couple changed tack and decided to split the money earmarked for charities evenly.

Such logistical problems are not uncommon, particularly for a small entrepreneurial business. Pledgeling, a nonprofit organization that works with companies on their corporate giving strategies, aims to help with this. As part of its “give and grow” program, it operates the charitable component of a company’s business, vets the recipient groups and aims to make the accounting process smoother.

It also created an impact calculator that can be displayed on a company’s website to show customers how their purchases are helping, said James Citron, chief executive of Pledgeling. For some entrepreneurs, this was a real advance. Tighe of Coastal Co. said he liked the ability to show its customers how many beaches were being cleaned up in a given month.

But Rich Brown, who started La Menagerie, an animal-themed jewelry company, with his wife, Fran, was leery of the calculator. Their charitable beneficiary is the World Wildlife Fund, but because the company is new, the 5 percent of sales that would go to the charity would be small at first.

He said he also feared that displaying the calculator would essentially give his competitors an easy way to calculate his sales. Yet knowing the value of promoting social entrepreneurship, he said he was trying to find a way to show the impact of customers’ purchases on the company’s website through other means.

Some entrepreneurs find that no good deed goes unpunished.

“What makes ‘buy one, give one’ great is you can immediately imagine someone getting what you just bought,” said Jerry Davis, associate dean of the University of Michigan Ross School of Business. “But it is not the most effective form of altruism for corporations.”

For example, recipients may not need or want what a company is sending them, he said. After a disaster, a common instinct is to send supplies, when it might be better to send money so the supplies can be bought closer to the area.

Several years back, Toms was criticized for its “buy one, give one” model. Originally, for every pair of shoes a consumer bought, the company donated a pair to someone in the developing world.

Consumers got on board, and it was marketing gold. Bain Capital, the private equity firm, invested.

But criticism began to mount: Did poor people in the developing world really need shoes, or might they be better off with food or plain old cash? Were these free shoes putting local cobblers out of business?

Toms changed its policy and now manufactures a portion of the shoes it gives away in the countries that receive them.

In the end, it’s the authenticity that counts. With Gells, Richard Perkin said the couple checked in with their charity partners to see how they could help each other.

“We want transparency so we can say, this is where our donations are going,” he said. He pointed to discussions with the Blue Ocean Society to adopt a whale.