BRET STEPHENS & GAIL COLLINS: When can we stop thinking about Trump every minute? 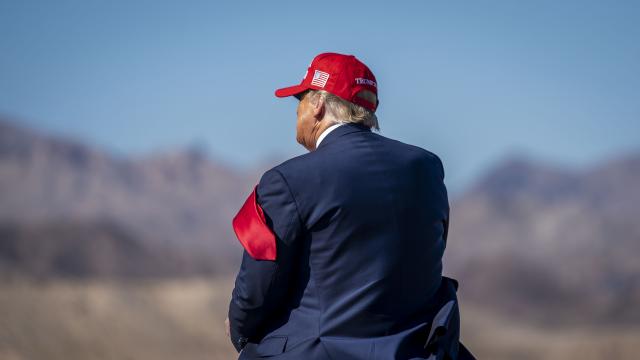 EDITOR'S NOTE: Bret Stephens is an Opinion columnist with The New York Times. He won a Pulitzer Prize for commentary at The Wall Street Journal in 2013 and was previously editor in chief of The Jerusalem Post. Gail Collins is a New York Times Op-Ed columnist and a former member of the editorial board. She was the first woman to serve as the Times editorial page editor.

Bret Stephens: Gail, we both need to spend December recovering from the dramas and traumas of 2020, so this will be our last conversation until 2021. Looking back on the year so far, do you feel more optimistic, or less, than you did when it began?

Gail Collins:  Any year in which we get rid of Donald Trump certainly can’t be all bad. It’s hard to get past the coronavirus pall, but I’m gonna pin my hopes on a vaccine program that brings things under control by the time warm weather returns. And the new administration is in full swing.  How about you?

Gail: Default works for me.

Bret: On the other hand, there’s a lot that worries me, too. The fact that so many rank-and-file Republicans refuse to accept that Trump lost fair-and-square is a very bad sign about the sanity — or lack thereof — of the party. The possibility that Trump is going to skip the inauguration so that he can announce his next run for president is another bad sign for and about the party’s future. Together, they augur for the 'QAnonization of the GOP,' which is just awful news for a democracy with a two-party system.

Gail: You know, I was just talking with a friend about the olden days when Republicans were all about balancing the budget and the popular banner of anti-Communism. (Back then, anybody who wanted to raise taxes could get a “commie” categorization just for proposing the idea.) The Democrats were divided between the old New Deal standard-bearers and younger folks who mostly rallied around the civil rights and anti-war movements.

But the big heroes in Washington were still senators who could make bipartisan deals and keep things moving.

Then the social right wing — particularly the anti-abortion forces — came up to the front. And the big money people realized they lost nothing financial by making an alliance. Everything is about taking a stand and nothing is about getting stuff done.

Bret: Maybe my biggest worry, though, is that we’re living in a country where the Dow just hit 30,000 at the same time that people are waiting in line for hours at food banks. That’s a recipe for potentially catastrophic social friction.

Gail: Couldn’t agree more. How about a great new White House agenda focused on raising taxes on the rich and redistributing the money to the poor? I believe I remember hearing someone talk about that — Joe Somebody?

Bret: We agree on the problem but maybe not the solution. The rich will always figure out how to avoid taxes, if not evade them, whether it means setting up complex trusts to protect their wealth or moving to some offshore tax haven. Just look at the Trump family. The people who really get walloped by high taxes are upper-middle class types who don’t have exit options but aren’t exactly the malefactors of great wealth.

Gail: Yeah, although the upper-middle class still needs to accept that they get a lot of stuff from government and they need to help pay the bill. But the people with genius tax lawyers are the biggest problem, and if you want to join hands and take on Charles Koch, I am with you.

Bret: But we need to at least think harder about why we tax capital gains at a much lower rate than we tax income. Or why we have an interest-rate regime that punishes savers. Or why some ridiculously burdensome licensing requirements at the state level prevent would-be entrepreneurs from starting small businesses like cosmetology salons.

Gail: Bret, we are going to go into the new year with so many shared goals, and fights about means to the end. Love it.

Bret: We also need to think about why we are burdening college students with mountainous debt in exchange for increasingly useless college degrees. BA now stands for Bankruptcy by Arts. The best thing that could happen educationally is an investment in community colleges that enhances their value, rigor and prestige.

Gail: I agree, let the Biden administration focus on how to make community colleges work, occasionally reminding Republicans that should have been one of their goals if the Trump years had actually been about upward mobility for the lower-middle class.

Bret: One of the worst aspects of Trump’s presidency is the way he simply consumed all of our mental bandwidth, so that it became all but impossible to think of anyone or anything else. Experiencing his presidency was like a bad reaction to dog dander. Or a painfully long bout of hiccups. Or trying to swat away a determined mosquito as it buzzes your ear as you are drifting off to sleep. Or a 6 a.m. car alarm that won’t stop. Or a case of poison ivy in some delicate part of the anatomy.

Gail: OK, now I am reliving everything and feeling very uncomfortable.

Bret: And it has gone on for five long years, ever since he came down that blasted escalator. I sometimes fear the Trump administration has reduced us, emotionally and intellectually, to a single thought, played like a Gregorian chant on an endless loop: Just. Make. It. Stop.

Now, all of a sudden, we’re being reminded that we have real problems, like rising inequality, collapsing social mobility and the mounting financial burden one generation is placing on the next.

Gail: The whole higher ed situation needs rethinking. Just want to make sure it doesn’t come down to rewarding schools with the least academic rigor and the most cut-rate diplomas.

Bret: I can’t tell if you are referring to DeVry University or Wesleyan and Yale.

Gail: Hehehe. Look, this is just one of the multitudinous things we’ve avoided thinking about for the last four years because there were other more pressing issues. You can’t have a heartfelt discussion about animal husbandry when there’s a dinosaur at the door.

Gail: Biden’s higher education plan would make community college free for up to two years. For those who want to go further he’d make public colleges tuition free for most students and liberate many of the poor kids who were lured into signing up for an ungodly amount of debt. What’s your verdict? 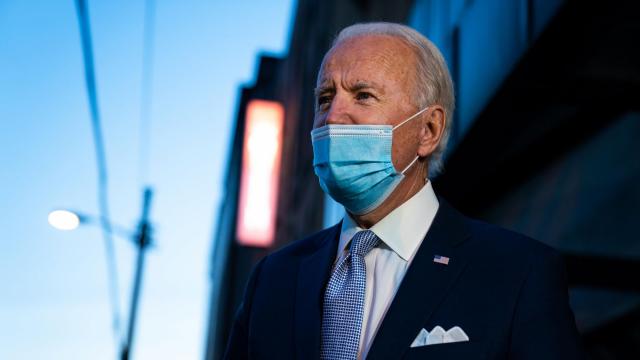 Bret: I have no problem making college more affordable, but I’m generally against making things free on the view that people rarely value, or stick with, what they don’t pay for.

Gail: The part of funding for higher education that’s worried me most has been the for-profit schools, which the Trump administration allowed to really run amok, encouraging vulnerable kids — and adults — to enroll in very expensive programs that leave them drowning in debt.

Bret: I know very little about for-profit schooling, Gail, and I’ll gladly defer to your judgment. But people are also swimming in debts from attending traditional not-for-profit schools, where tuition increases outpaced inflation and the quality of education can leave a lot to be desired. I guess what I’m really thinking about is breaking the current educational mold. For starters, we’d all be better off if college took three years, as it does in England, not four.

Gail: Just so we can end 2020 on a positive note, I’m prepared to agree to slice off senior year.

Bret: Or freshman year! I’m not sure it’s ever a good idea for students to go directly from high school to college, and a gap year that entails some form of service would do everyone a lot of good. Giant companies like Boeing or Microsoft might be encouraged to start tuition-free apprenticeship schools, loosely on the model of West Point, so they can address their perennial skills shortage while offering successful graduates guaranteed five-year jobs in technical fields.

Gail: In a perfect world I’d be with you on national service. But the idea of requiring it hasn’t always been popular among the young people it would affect.

Bret: Anyway, the point here is just to think fresh. After four years of Trump, discussing these things feels a bit like seeing the sun and hearing those chirping birds you were just talking about for the first time in years.