When Being Separated From Your Luggage Is a Good Thing 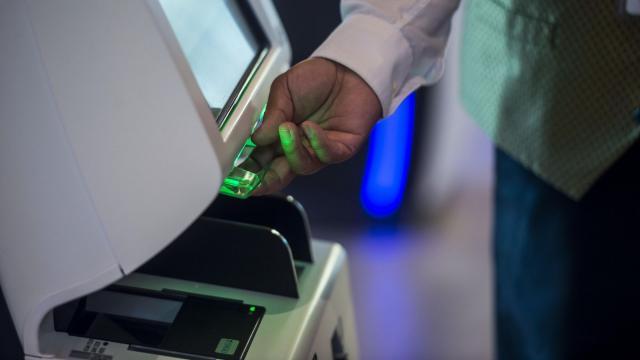 The days of dragging suitcases to and through the airport may be numbered.

Consider the experience of Manolo Almagro, a managing partner at Q Division, a retail technology consultancy based in Austin, Texas, on a flight last fall from London to Copenhagen.

Almagro made a reservation a day before his flight with AirPortr, a remote baggage pickup service that began serving London and environs in 2016. About seven hours before his flight, a company representative arrived at his hotel with a hand-held scale and asked to see his passport. Almagro said measuring and securing the bag in the lobby took about 10 minutes. He was notified when the bag reached Heathrow Airport and again when it was loaded onto the plane.

“It was peace of mind not to lug it on public transportation,” said Almagro, who paid the equivalent of about $38 for the service. As a frequent traveler, he paid no separate airline baggage fee. He was reunited with the bag at Copenhagen Airport.

AirPortr’s service is but one variation of remote baggage check-in, a service that attests to what air travel has become — navigating a series of bottlenecks.

“To remove the bag from the journey is to change the journey,” said Randel Darby, chief executive of AirPortr, who said that as a frequent flyer, he looked for ways to maximize his time. “The customer experience starts on the doorstep, not at the airport.”

Remote check-in services in the United States remain small. Delta Air Lines works with Bags Inc. of Orlando, Florida, to offer remote check-in for at least eight airports domestically. The company works with United Airlines at five airports. The airport in Tampa, Florida, provides remote drop off at a centrally located rental car center, while Denver International Airport offers the service at a transit center located below the Westin Hotel at the airport. The Port of Seattle, meanwhile, works with Bags to offer cruise ship passengers the option of signing up for a service that picks up their luggage and delivers it to their airline.

Denver airport officials estimate that passengers save about 20 minutes by using the service.

The costs of both the Denver program, which began in November 2016, and the one in Tampa, which started in February, are covered by the airports. Passengers still need to pay the regular airline baggage handling fees.

Internationally, besides Airportr, Oacis (Off Airport Check In Solutions) began operating in Sydney, Australia, in December 2017. It serves cruise passengers arriving in Sydney Harbor who fly on Virgin Australia.

Matthew Lee, the chief executive of Oacis, said several factors prompted the adaptation of remote baggage check-in. “Perhaps the biggest driver is the lack of capacity at most large established airports,” he wrote in an email. “The cost, disruption and revenue impact of building new infrastructure is significant. Airports and airlines are recognizing that the more processing that can take place away from the airport, the less pressure on constrained infrastructure.”

There are other options for avoiding airport check-ins. Some travelers rely on pricey shipping services like DUFL and Luggage Free. In Hong Kong, for example, free in-town check-in service is available on selected airlines at Hong Kong and Kowloon train stations up to a full day ahead of scheduled flights.

And after arriving on selected domestic flights, passengers can arrange for baggage delivery on JetBlue, American Airlines and United Airlines, for a fee.

“We touch the passenger at each point when they want to get rid of the bag,” said Craig Mateer, chief executive of Bags, which offers the delivery service for the airlines. Mateer said he saw the need for remote check-in more than 25 years ago while providing valet parking and bellhop services in Orlando. Hotel guests not yet ready to leave the area would store their luggage at the hotel, only to retrieve it before traveling to the airport. He wanted to eliminate that step.

Still, the checked bag fees are profitable for the carriers. Darby of AirPortr said airlines did not want to lose that revenue to freight or shipping carriers. In 2017, according to data from the United States Department of Transportation, the airlines earned $4.6 billion, up from $4.2 billion a year earlier, from those fees.

If a bag goes astray, though, it is costly for the airlines. Peter Drummond, head of the baggage portfolio at SITA, an information technology company, estimated that it costs $100 to return a mishandled bag (the industry term) to its owner. “It could be the best journey in the world, but if your bag is not there at the end of that journey, it ruins the experience for the passenger,” he said. Industry estimates show that airlines have gotten better at handling bags. The number of mishandled bags fell to 5.6 bags per thousand passengers last year from 18.8 in 2007, according to a SITA report.

Whether remote check-in catches on is still open for discussion. Last December, Tampa International Airport entered into a two-year contract with Bags Inc. with the option for three one-year renewals. The $1.3 million annual cost is paid with rental car fees. The airport said that through the end of August, more than 186,000 bags were remotely checked, about 5 percent of all bags checked. Passengers can print boarding passes and luggage tags at automated kiosks.

Jeff Schiesler, a technology and compliance manager at a construction firm in Cincinnati, flies Delta round-trip to Tampa several times a year. He and his wife, Kim, tried the service on a recent return trip. “We didn’t have to carry the bags on trams and walk them through the airport to check,” he said.

Not all remote baggage check-in efforts endure. Phoenix Sky Harbor International Airport began offering remote check-in in 2012, around the time the PHX Sky Train opened. Passengers could check their bags and receive a boarding pass before taking the train. When they reached the terminal, they could bypass the ticket counter and go directly to security. The system reduced lines and congestion at ticket counters. A site at the rental car center was added so passengers didn’t have to carry luggage on buses to the terminal.

The initial pilot program contract was for one year, and the city of Phoenix paid 70 percent of the $1.1 million annual cost.

About 2 percent of the bags going through the airport were handled by the service, called Early Bag Check, said Heather Lissner, an airport spokeswoman. Usage peaked at more than 280,000 bags in 2016 and started declining in 2017. The impact on the lines at the ticket counters was minimal.

“This was a pilot program to determine whether there was enough interest in the service to make it sustainable over the long term,” Lissner wrote in an email. “Because the cost to operate the service increased and the customer demand for the service decreased, the program was not sustainable.”

The airport discontinued the free service for American, Southwest and United Airlines customers last November. Southwest Airlines picked up the service for its passengers, but ended it in July.

In order for the services to really catch on, Drummond said, they need to go directly to travelers. “The key to mass adaptation is door-to-door, pick it up in London and drop it off in New Jersey.”