When Answering the Phone Exposes You to Fraud 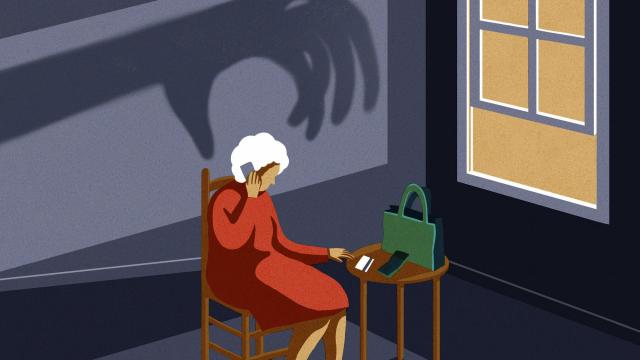 Recently, though, the retired floral designer in Denver had her first human: a friendly woman dangling a clearinghouse prize for $500,000. Cleary would just have to pay customs taxes up front — a mere $216,000. She didn’t fall for it.

“I have been called and left recorded messages saying it’s the IRS, with messages threatening to arrest me for not paying taxes, and other calls saying my computer — and I don’t own one — had been breached,” said Cleary, 69.

These days, fewer frauds start with a knock on the front door or even someone’s home computer. Instead, there are signs that thieves are relying more on the telephone to entice people to part with cash, or vital private information. A recent examination of 50 billion mobile phone calls by First Orion, a provider of caller-ID and call-blocking services for major cellular companies, found that the number of fraudulent calls in early 2018 had soared to 30 percent of all calls, rising from 4 percent in early 2017.

The rise, experts say, is being driven partly by the success of spoofing, or using nearby area codes and local prefixes to trick people into thinking a call is from someone in their neighborhood.

Older people are prime targets, according to the Consumer Sentinel Network, where fraud and identity theft complaints received by the Federal Trade Commission are compiled. Consumers between the ages of 50 and 70 filed the most reports to the FTC last year.

First Orion has forecast that the number of fraudulent calls to mobile phones is likely to climb, and expects it to represent nearly half of all such calls next year.

It’s more than an annoyance. The FTC, in its tracking of reports from consumers, found that people who fell for the frauds lost an average of $700 each last year, for a total loss of $332 million.

Nearly 70 percent of frauds reported to the FTC last year were perpetrated by phone, amounting to 558,000 calls, the agency said. Frauds that involved contact by email represented just 9 percent of the total. Ellen Dolan, 63, a property manager in Horsham, Pennsylvania, said she had been inundated with so many annoying robocalls, many of them from spoofed numbers, that she changed the mobile number she had had for years.

“I couldn’t tell who were business contacts I wanted to hear from, and people who didn’t give their names but launched into a spiel about refinancing loans or a better deal on health care insurance,” Dolan said. She complained to the fraud line of the BBB, formerly the Better Business Bureau.

Besides the BBB and the FTC, other groups take reports, including the AARP Fraud Watch Network, the U.S. Senate Special Committee on Aging, and the Federal Communications Commission. Consumers can also sign up for the Do Not Call Registry, which, although created to block telemarketers, can help weed out fraud attempts as well.

Certain flavors of fraud schemes seem to persist, such as callers claiming to be from the IRS. And because of automated dialing, it’s not unusual for some consumers to receive multiple calls a day, particularly in the run-up to tax-filing season. In July, more than 20 people working with call centers in India were sentenced in a large scheme that bilked more than 15,000 Americans of hundreds of millions of dollars over a four-year period. Shutting down this operation helped tamp down some income-tax baiting calls, but other varieties of scams live on. Certain scams are holiday themed, and pop up at this time of year more frequently, whether by phone or by other means, according to the AARP: charity donation and gift-card scams, fake retail websites and even “letters from Santa,” which try to harvest a recipient’s identifying information.

“It’s a new twist every day,” said Amy Nofziger, a fraud expert for the AARP. “Some calls offer prizes to get your interest, and others use fear.”

One favorite of Nofziger’s: A caller will accuse an older person of wrongdoing, then demand the person’s Social Security number, threatening to cut off benefits without it.

When a caller tried that trick on her mother in November, Jennifer Bolshaw of Hancock, Maine, quickly reported it to the local sheriff’s office. Her mother, Mary Bolshaw, 77, then warned her friends, to make sure no one else would be taken in.

“It’s manipulative and cruel to do that, because there are people who could fall for it,” Jennifer Bolshaw said.

“Last year, we had about triple the number of attempts as we did in 2015,” said Carim Khouzami, Exelon’s chief operating officer.

In 2017, Exelon customers filed about 6,000 reports of such calls. After its education program, Khouzami said, the rate at which the callers were successful in getting money dropped to 7 percent from 10 percent.

Exelon and about 100 other U.S. and Canadian electric, natural gas and water utilities have formed a consortium, Utilities United Against Scams, and have met each of the last three years to swap information on fighting fraud.

A popular utility scheme involves a call from a spoofed number with a recording that warns customers they are in jeopardy of losing their service unless they buy a prepaid debt card to discharge an overdue balance. Khouzami said utilities urge customers to verify the identity and affiliation of anyone calling, and that their representatives never ask for personal information, like Social Security numbers.

Despite the lack of an official federal accounting of fraud, the government is finding ways to protect consumers and prosecute the perpetrators. The Federal Communications Commission offers tips to avoid being duped and penalizes spoofing operations with multimillion dollar fines. The commission said the schemes violate the Truth in Caller ID Act of 2009, which bars deliberately falsified caller ID information that is intended to harm or defraud consumers.

Last May, the commission fined a Miami man $120 million — its largest penalty ever — and accused him of running an operation that made spoofing calls to sell timeshares and travel deals. Companies run by the man, Adrian Abramovich, had made 96 million such automated calls over three months, regulators said. He has denied wrongdoing.

The FCC is urging carriers to create a call authentication system to verify that phone numbers have not been spoofed or hijacked. The commission chairman, Ajit Pai, told carriers in November that if such a system was not up and running in 2019, “we will take action to make sure” it is.

There are a growing number of call-blocking apps, like RoboKiller or TrueCaller, that have emerged as fraud-fighting tools, according to the CTIA, the wireless industry association.

But Macomber, at First Orion, calls the apps “a sort of Band-Aid for the problem.” The best way to stop the calls, he said, is for consumers to use services provided by their carriers. These include spam-flagging options like Verizon’s SPAM designation, which appears on the phone’s caller ID. T-Mobile, which says its system has blocked over 1 billion fraudulent calls in the past 18 months, offers a blocker. AT&T and Sprint also offer call-blocking services.

“The number of scam calls is rising, and we need an industrywide solution that deters spoofing,” said Grant Castle, T-Mobile’s vice president of engineering services. “It’s really a money game, and it’s grown because spoofing has not been addressed.” The call authentication system that the FCC is calling for would pin down where a call is coming from, and is one step that can help curtail spoofing, he said.

Under such a new system, a verified call could show up with a green check to assure recipients of the call’s legitimacy.

Authentication alone, however, is not enough to end the avalanche of fraudulent calls, said Nick Ludlum, a CTIA spokesman. “The scammers keep evolving.”