What Your Neighbors are Reading 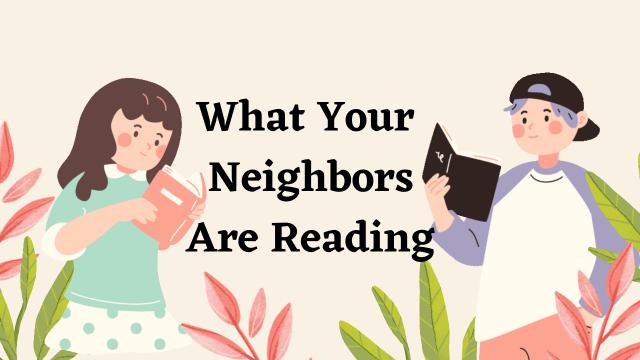 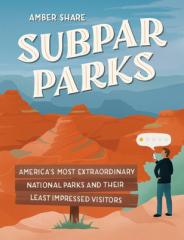 Subpar Parks by Amber Share
Subpar Parks combines two things that seem like they might not work together yet somehow harmonize perfectly: beautiful illustrations and informative, amusing text, celebrating each national park paired with the one-star reviews disappointed tourists have left online. Millions of visitors each year enjoy Glacier National Park, but for one visitor, it was simply "Too cold for me!" Another saw the mind-boggling vistas of Bryce Canyon as "Too spiky!" Never mind the person who visited the thermal pools at Yellowstone National Park and left thinking, “Save yourself some money, boil some water at home.”

When the Stars Begin to Fall by Theodore R. Johnson
Rene says: “Johnson believes that ‘We live in an exceptional nation that has yet to live up to its promise.’ We can only live up to that promise if we confront the existential threat to America that racism poses. He lays out a plan for national solidarity as the path to a country with true equality for all. This is a difficult route and sometimes seems unachievable in these extremely divisive times when there are so few things we can all agree upon. Johnson's ideas are reasoned and practical, what is needed is a national will to listen and act for the greater good.  A way must be found if we are to survive. This is a book that we need now.” 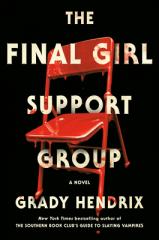 The Final Girl Support Group by Grady Hendrix
In horror movies, the final girls are the ones left standing when the credits roll. They made it through the worst night of their lives…but what happens after? Lynnette Tarkington is a real-life final girl who survived a massacre. For more than a decade, she’s been meeting with five other final girls and their therapist in a support group for those who survived the unthinkable, working to put their lives back together. Then one woman misses a meeting, and their worst fears are realized—someone knows about the group and is determined to rip their lives apart again, piece by piece.

Anxious People by Fredrik Backman
tee loved this one: “We all know Fredrik Backman by now, so we all know to expect delightful characters, wholesome plot lines, and themes about what it means to be human. What we do not usually get is a hint of crime mystery (albeit a poorly committed crime) thrown in. This latest work by a master character craftsman is sure to leave you with a smile on your face.” 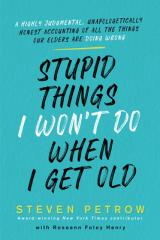 Beach Read by Emily Henry
From our friend Audrey at Belmont Books: “What do you get when you cross a disillusioned romance author with a Hemingway wannabe? A compulsively readable book where you kind of hope for your train to be delayed so you can spend a few more minutes with January and Gus. These two, saddled with writer’s block, make a pact to write the other’s genre. Literary snobbery is (rightfully) called out, and the two begin to navigate a friendship outside of writing as they explore the other’s process.” 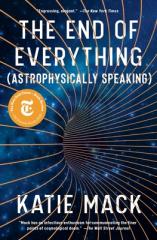 The End of Everything (Astrophysically Speaking) by Katie Mack
From one of the most dynamic rising stars in astrophysics, an “engrossing, elegant” (The New York Times) look at five ways the universe could end, and the mind-blowing lessons each scenario reveals about the most important concepts in cosmology. Guiding us through cutting-edge science and major concepts in quantum mechanics, cosmology, string theory, and much more, The End of Everything is a wildly fun, surprisingly upbeat ride to the farthest reaches of all that we know.

The Last Thing He Told Me by Laura Dave
Christy says: “There’s a reason this book is flying off the shelves! Grab this book if you are looking for a good mystery with well-developed characters. Dave perfectly captures the stepmom struggle and teenage angst and throws in quite the mystery. You will be rooting for Hannah & her step-daughter Bailey from the start, first for their relationship, and then for the challenges they face as they try to solve the mystery of their disappearing loved one.” 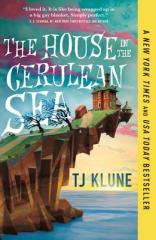 The House in the Cerulean Sea by TJ Klune
Here’s Amber’s review: “Umbrella Academy meets Sound of Music — Linus Baker, caseworker for the Department in Charge of Magical Youths and general rule-follower, is given a top-secret assignment to determine if the six (uniquely dangerous) children under the care of one Arthur Parnassus are safe where they are — and whether the rest of the world is safe from them. He expects the task to be difficult; what he doesn’t expect is to feel like he’s found a family, and a home. One that he would protect and defend no matter the cost. Heartwarming, comforting, beautifully written. In a genre filled with grimdark, we need more cozy fantasies like this.”

The Cellist (Gabriel Allon #21) by Daniel Silva
Elegant and sophisticated, provocative and daring, The Cellist explores one of the preeminent threats facing the West today—the corrupting influence of dirty money wielded by a revanchist and reckless Russia. It is at once a novel of hope and a stark warning about the fragile state of democracy. And it proves once again why Daniel Silva is regarded as his generation’s finest writer of suspense and international intrigue. 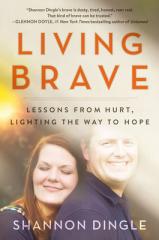 Living Brave: Lessons from Hurt, Lighting the Way to Hope by Shannon Dingle
For all women looking to find “hope in a hopeless world and bravery in an age that seems to lack it,” comes a searing memoir by Shannon Dingle, a writer and disability advocate who has navigated loss, trauma, abuse, spiritual reawakening, and deep pain—and come out the other side still hopeful. Living Brave gives women permission to wrestle with difficult topics, to use their voice, to take a stand for justice, to honor the wisdom of their bodies, and to enact change from a place of strong faith.

Dune by Frank Herbert
Set on the desert planet Arrakis, Dune is the story of the boy Paul Atreides, heir to a noble family tasked with ruling an inhospitable world where the only thing of value is melange, a drug capable of extending life and enhancing consciousness. When House Atreides is betrayed, the destruction of Paul’s family will set him on a journey, and as he evolves into the mysterious man known as Muad’Dib, he will bring to fruition humankind’s most ancient and unattainable dream. A stunning blend of adventure and mysticism, environmentalism and politics, Dune formed the basis of what is undoubtedly the grandest epic in science fiction.