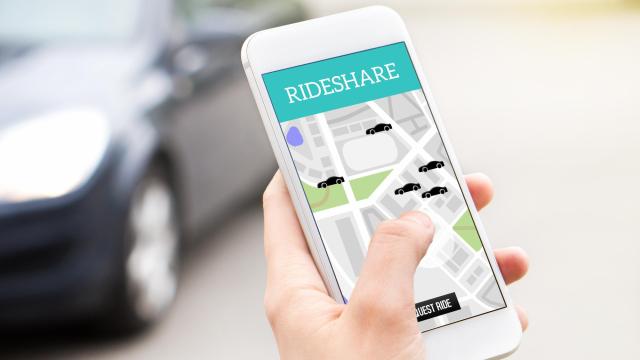 Between the sprawl of Raleigh, Durham and Chapel Hill, the Triangle region can be difficult to navigate without a personal vehicle. Ride sharing apps like Uber and Lyft, and local taxi services help alleviate the burden of travel for many residents, but, as with any time spent in a vehicle, there is still a risk of collision.

According to Uber's safety report, the company reported 97 fatal crashes from 2017 to 2018, resulting in 107 deaths. A small portion of the fatalities involved pedestrians and cyclists, and nine out of 10 crashes happened in urban areas.

While those numbers may seem small, keep in mind they only include the fatal accidents — in reality, the number of collisions associated with ride sharing apps is much higher.

In fact, according to a paper from the Becker-Friedman Institute at the University of Chicago, ride sharing has led to a 3 percent increase in traffic-related deaths per year — almost 1,000 total. While the study does have room for error, it's undeniable that ride sharing poses more of a risk than many riders may want to admit.

If an individual is hurt in a ride share accident, who's liable for the injuries? It's a difficult question, and one that only recently entered legal discourse.

"You'll need to be able to prove that the ride sharing driver was somehow responsible for the accident, which in North Carolina means proving negligence," said Bob Whitley, an injury attorney and founder of Whitley Law Firm in Raleigh. "In order to do that, you'll need to collect all the information you can. First, you'll have to identify your driver and the company that they work for. If possible, you'll also need to get photographs of both your vehicle with the license, as well as the other vehicle and license tag. At the scene, get as much information as you can, as soon as you can."

Once evidence and accounts have been secured, you'll need to be able to prove negligence by addressing four key claims:

Since more parties are involved in these types of collisions than a typical car accident, it's not always as simple as meeting these four benchmarks.

In insurance claims alone, there could be one originating from the other driver involved; one from the ride sharing company, which provides their drivers with up to $1 million in liability coverage; and one from the ride sharing driver's insurance, if they have it. This can lead to multiple conversations with multiple insurance agents to determine the extent of injury and details of the accident, which can be difficult to navigate alone.

"Since ride sharing is a relatively new phenomenon, there's still some gray area when it comes to who is responsible for covering what, so it can take more time to resolve," Whitley said. "That's a major reason why those involved in a ride sharing accident should get legal help as soon as possible. If you're not injured seriously, you may not need to immediately hire a lawyer to pursue your claim, but you should at least call a lawyer who can provide free legal advice and ensure that you're getting as much compensation as you should."

In the state of North Carolina, any claims against ride sharing drivers need to be filed within three years of the incident, meaning, if injuries arise a significant period of time after the fact but you believe they stemmed from the accident, you may still be able to seek compensation.