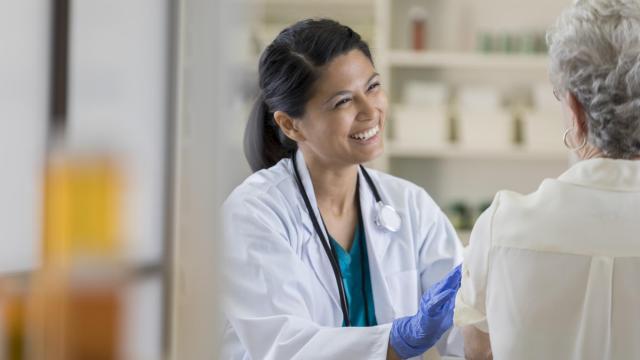 Flu season is the unavoidable sideshow of the holidays. As the weather gets colder and pumpkin flavored products fill store shelves, it seems like every pharmacy, office building and department store starts offering the flu shot.

"It's fabulous," said Dr. John McNeil, principal for Clinical Research Sciences at Cape Fear Valley Health. "It's turned out to be one of the most effective public health programs we have. The rates of flu and flu-related deaths have plummeted since widespread influenza immunization has become the standard of care."

As effective as the flu vaccine is, it isn't perfect and influenza epidemics still happen.

The 2017-2018 season was one of the worst flu seasons since 2009. The Centers for Disease Control and Prevention website classified the 2017-2018 season as being "high severity," and recorded 30,453 influenza-related hospitalizations.

The efficacy of the flu vaccine varies from year to year. In 2017-2018, the vaccine was only modestly efficacious. In many other years, the efficacy is outstanding. This is largely a function of how well the flu strains used to make the flu vaccine match what is actually circulating in the population during the flu season. The closer the match, the better the vaccine efficacy.

Unfortunately, the most recent flu season doesn't provide any clues as to how severe the upcoming season will be.

Doctors and scientists study the flu strains found in China and South America to estimate what form the virus will take once it reaches North America. The CDC website explains more than 100 influenza centers around the world study the virus before sending results to five World Health Organization facilities. These facilities recommend the type of vaccine to manufacture, which is then approved for use and manufacture by the United States Food and Drug Administration.

The flu virus is highly susceptible to change and can shape shift over time, reducing the effectiveness of the flu shot. But researchers are constantly testing and looking for ways to improve the vaccine in the hopes that it won't have to be changed and updated every year.

"If we can identify an antigen that's conserved from flu virus to flu virus, and that induces a protective immune response, then we've got the golden bullet," McNeil said. "Viruses don't like to mutate away from conserved parts of their genome because they need them to survive."

He added, "A good analogy is the heart. We wouldn't want to antigenically change our heart to our hair because we need our heart as a vital organ to live. Normal human hearts are conserved and are nearly identical from person to person. Our hair is quite variable -- lots of colors, curls, texture, et cetera. The heart is vital; hair not so much."

That "golden bullet" may be found within our lifetime.

In February, researchers with the National Institute of Allergy and Infectious Diseases released a new strategy for researching a successful universal influenza vaccine. The strategy outlined gaps in knowledge and laid out new strategies to fill those gaps.

NIAID's criteria for a universal flu vaccine include: 75 percent effectiveness, protection against group I and II influenza A viruses, protection for at least one year, and suitability for all age groups.

The universal vaccine is still years away, but there are ways to prepare for the upcoming flu season now.

Tips for preparing for the 2019 flu season

If you take these precautions and still get the flu, you’re one of the unlucky ones. But the good news is, the flu shot has been shown to reduce the severity the virus.

Not only does getting the flu shot benefit you, but if enough people get the shot, those that are not able to are protected by herd immunity. The benefits are manifold, and with no way to predict how severe flu season will be this year, the flu shot can only help.