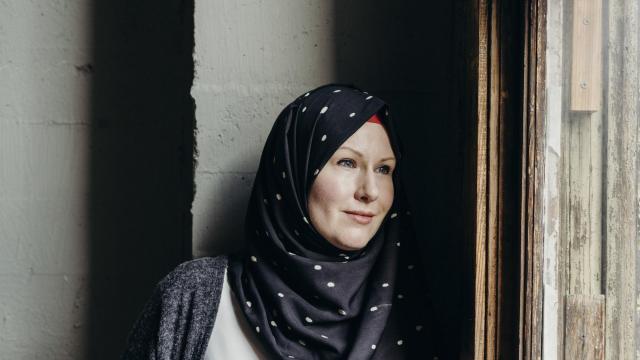 In the opening pages of “Wonder Woman” No. 58, Ares, the god of war, sits imprisoned in a dark cell. He has had an epiphany. It isn’t glorious conquest or love that accords immortality to the honorable. It is justice. It’s a perversely compelling moment — war personified, becoming a crusader for righteousness.

But for the writer G. Willow Wilson, the ancient Greek god’s conversion gives her the chance to question 21st-century values. How do we define justice today? Can war, and the violence it begets, ever be just? DC Comics tapped Wilson, an author (her second novel, “The Bird King,” is due out next year) already highly regarded among comics fans for co-creating Kamala Khan for Marvel Comics’ “Ms. Marvel,” to write Wonder Woman this year. The first issue of her “Just War” arc is out this week.

In a charged cultural moment in which women run for and win office, demonstrate against inequity and speak out against the everyday violence they face, writing the most prominent female superhero in the canon carries weight.

Wilson and I spoke recently by phone. We discussed mythology, social justice and even her own reproductive health. (Days after we talked, she had a hysterectomy.) These are edited excerpts from the conversation.

Q: Why did you take Wonder Woman on to begin with?

A: It was a great opportunity to figure out what kind of new stories could be told about this iconic character who’s already been around for the better part of a century. I think the real challenge with characters like Wonder Woman and Superman and Batman is to keep them fresh, keep them relevant and, at the same time, honor that history that has meant so much to so many people.

Q: Does writing comics in this political moment feel significant to you?

A: Obviously, we are in an extremely contentious political climate right now, and everything in pop culture feels quite fraught in a way that it didn’t when I was first breaking into comics. We were coming out of a decade of what I would almost describe as political quietism, where talking about politics was considered a little bit gauche and art was separate from everything else and was supposed to be above politics.

We’re in a very different place now, and I think even books and TV shows and movies that might not have been made with any particular kind of specific political message in mind have become profoundly symbolic and gained a kind of importance that I think they would not have in a different historical moment. I’m thinking, of course, of shows like “The Handmaid’s Tale,” which just happened to come on the scene in this political moment where all of these women’s rights that we thought were a done deal are suddenly back up for debate.

I think any responsible artist in this particular climate has to take those things into consideration, and know, in a clearheaded way, what they believe, what the character stands for and how best that character can serve the audience in this time. And not use the art form as some kind of political bludgeon, but also not be naïve and pretend that these aren’t issues that are affecting people’s lives in very real ways, and that they aren’t looking to their heroes to make a stand.

Q: Your story arc is called “The Just War.” What does that tell us about where you’re taking Wonder Woman?

A: What I wanted to do in this arc is take some classic, beloved or notorious Wonder Woman characters, and kind of hold them upside down, shake them and see what falls out of their pockets. In this case, that meant bringing back Ares in a form and in a way that we really haven’t seen him before. So, he’s coming back thinking that being the god of war doesn’t necessarily mean being unjust. That maybe he can bend his powers to bring about positive change. He kind of becomes a caricature of what Wonder Woman herself stands for. She has to reckon with her own modus operandi and what she thinks her role is in the face of this extremely powerful old enemy who’s now suddenly wanting to be her best friend. It’s, in many ways, a meditation on violence and whether wars are fought in the same way as they’ve been in the past, whether there is such a thing as a just war anymore.

Q: In your work on “Ms. Marvel,” you’ve tried to balance the fantastical with everyday American concerns. Will you keep doing that in this series?

A: That’s exactly what I was looking for. I think what’s fun about Wonder Woman, especially in some of her more recent incarnations, is the way that she juxtaposes these mythological features with the very banal, everyday facts of living in our society in the 21st century. For me, it’s really about re-examining those Greek myths that have timeless themes in the context of a society that has smartphones and Wi-Fi and international espionage and gentrification and income inequality and all the things that you encounter on a daily basis. To see whether they’re still relevant and to keep them relevant is an interesting artistic challenge. Q: You needn’t answer if you don’t want to, but how is your upcoming hysterectomy affecting you as you look ahead to the release of this book?

A: It’s not easy to be creative on command and to be creative in a way that allows you to hit consistently these monthly deadlines and turn out a book that hopefully has a steady, high quality every single month or twice a month or however many books and deadlines you have. That’s not easy in the best of times. It does not allow for a lot of personal ups and downs. And it’s not like having a salaried job, where you have laws to protect you and you can take sick leave.

This isn’t the first time that I’ve had to write around large personal changes. I was back on deadline within two days of the births of both of my children. And that was not by choice or me trying to be tough. That’s just what I had to do. Otherwise, I would not have had a job. I think that kind of speaks to bigger issues in the creative industries. It’s one of those things — especially as unexpected like this one was — that has an inevitable impact on how you see the world, and that shows up in your writing.

Q: You’ve never shied away from politics in your work, whether it’s about profiling or the acidification of the world’s oceans. This year has been called the Year of the Woman. Where does that put you artistically?

A: It’s been difficult to watch events unfold over the course of the past 18 months. In many ways, it’s made me feel frustrated, because I think in the best of times, we really lionize writers and artists and say, “Oh, you can change the world.” What you write and what you draw, you never know what it’s going to kick-start and who it’s going to inspire. But then when push comes to shove, and things get really bad, as they have recently, you start to realize how limited your power is.

Before this administration, I kind of bought into the “artists change the world” values in a very uncritical way. It’s not that I think that’s untrue. I think demonstrably art changes the world. But I don’t know that it’s really the art itself. I think it’s the way that art inspires people who then go out and put their physical bodies between people who are in trouble and the people who want to hurt them. Those are the real heroes. I’ve come to understand that I think in a visceral way. That the symbols are important. I’ve come to see my role as much more service oriented. That I’m supporting the leaders, and trying to be a bastion for them, and to give them things that are useful, and ideas and concepts that are useful to them in their day-to-day lives. Because I think the critical thing now is not to give up hope. So, if you can provide hope fuel, that is what you can do. It’s both a very small thing and a very great thing.