What We Know About Vanessa Guillen, the Missing Fort Hood Soldier 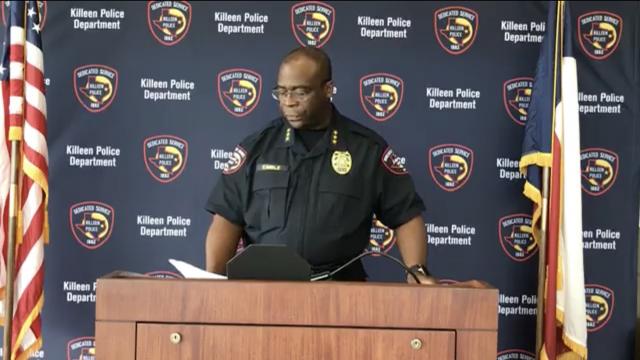 The story of a missing soldier, Pfc. Vanessa Guillen, 20, has drawn national attention in the months since she was last seen in April at Fort Hood in Texas, and as her family has grown desperate in search of answers about what happened to her.

Months after Guillen was last seen, on April 22, a lawyer for the family said her remains had been found, and the Army announced updates on the case. It said that a woman was taken into custody in Texas in connection with the disappearance, and that a second suspect, identified only as a soldier, had killed himself with a gun in central Texas.

As weeks went by with no apparent progress in the case, however, the mystery of Guillen’s disappearance captured the attention of state and community leaders and celebrities nationwide. Activists have linked her story to the problem of sexual harassment in the military.

On social media, people have used the hashtag #FindVanessa. Supporters have carried similar signs and worn shirts with her image at rallies. And hundreds of soldiers have searched for Guillen in and around Fort Hood, an area that a spokesman compared to the size of New York City.

Here is what we know about the case.

Where was Guillen last seen?

Guillen was last seen in the parking lot of her Regimental Engineer Squadron Headquarters at Fort Hood, wearing a black T-shirt and purple workout pants, between 11:30 a.m. and 12:30 p.m. April 22.

How has the search unfolded?

After the private was reported missing, her car keys, barracks room key, ID and wallet were found in the armory room where she had been repairing small arms and artillery.

On April 24, the U.S. Army Criminal Investigation Command posted a news release asking for the public’s help in finding her.

More than 500 soldiers have searched for Guillen, checking buildings, barracks, fields, training areas, lakes and trails at Fort Hood. Aircraft from the 1st Cavalry Division have flown more than 100 hours to help in the search, and more than 150 people have been interviewed, the authorities said.

On Wednesday, the Army announced that an arrest had been made in connection with the case and that a suspect had killed himself.

The family says she was sexually harassed.

Natalie Khawam, a lawyer for the private’s family, said Guillen had reported the allegations to friends and fellow soldiers on the base.

In June, officials at Fort Hood announced that they had appointed a team to investigate allegations from Guillen’s family that she had been sexually harassed before she disappeared.

“My sister Vanessa Guillen was sexually harassed yet nothing was done to it,” her sister Lupe said at a news conference Wednesday. “She deserves respect. She deserves to be heard because if this can happen to my sister, it can happen to anyone else.”

Guillen was born and raised in Houston with five siblings. Her mother, Gloria Guillen, said that she had an interest in the military that dated back to childhood, when she would play with her brother’s toy pistol, and that she had decided to enlist at 18.

The authorities are investigating partial human remains in Texas.

On Tuesday, partial human remains were found near the Leon River in Bell County, Texas, and were sent to be processed by the Texas Rangers, the Army Criminal Investigation Command and other agencies, the authorities announced the next day. The Armed Forces Medical Examiner Service was assisting the Southwestern Institute of Forensic Sciences in Dallas with dental X-rays and DNA analysis. The identification of the remains was pending.

Khawam said at the news conference that the family believed Guillen’s remains had been found. “At this point, everything points to it,” said Mayra Guillen, one of the private’s sisters.

Lupe Guillen, however, said that because the remains had not yet been conclusively identified, “I still don’t lose hope.”

The family wants a congressional investigation.

Members of the Guillen family, including Guillen’s sisters Mayra and Lupe and her father, Rogelio Guillen, held a news conference in Washington and demanded a congressional investigation into the case.

Khawam also called for legislation in Guillen’s name that would establish better protocols regarding sexual harassment and assault, like allowing members of the military to make reports through a third party rather than having to do so through the chain of command.

“We need legislation so this never happens again,” she said.

The wife of a former soldier is arrested.

On Wednesday, the Army said that a woman was taken into custody in connection with the disappearance. A second suspect, identified as a junior soldier from Fort Hood, took his own life in Killeen, Texas.

The name of the deceased suspect was not immediately released. Chief Charles Kimble of the Killeen Police Department said Wednesday that the soldier shot himself as officers approached him Tuesday.

The Army did not identify the woman who was arrested, describing her as the estranged wife of a former Fort Hood soldier. She was in custody in the Bell County Jail, awaiting the filing of charges.