What to watch for in House GOP's tax reform bill 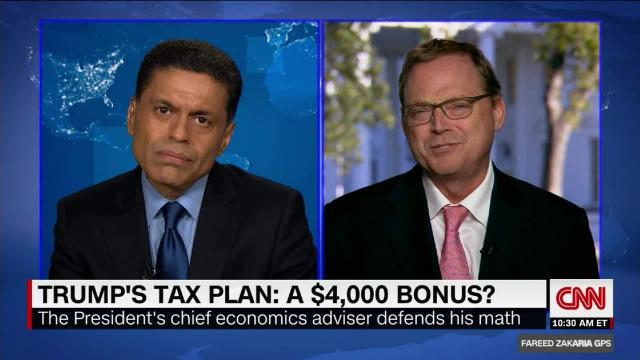 NEW YORK (CNNMoney) — The fight over tax reform is about to get very real.

On Wednesday, House Ways and Means Chairman Kevin Brady is due to unveil the House GOP's draft rewrite of the country's tax code.

It's likely to hew closely to a tax reform framework negotiated between the White House and leading Republicans.

That framework called for fewer tax brackets for individuals, an expanded standard deduction and child tax credit, a repeal of the Alternative Minimum Tax and estate tax, and a repeal of most itemized deductions.

It also called on lawmakers to preserve tax breaks for mortgage interest, charitable contributions and retirement savings, although it didn't say those breaks couldn't be altered.

On the business side, the framework proposed lower tax rates on corporations and all other businesses, which are known as pass-throughs. It also proposed a low, one-time tax rate on existing overseas profits to entice companies to bring that money home.

Who gets helped, when, and at what cost

The fight over each detail will come down to a few central questions: Who's helped, who's hurt, and at what cost? The middle class or the rich? Businesses or workers? One industry versus another? Certain states over others?

Based on some of the fireworks so far, it will be interesting to see how the House bill handles:

Real estate tax breaks: Brady said this weekend that his bill would still let people claim a deduction for their property taxes. That was a concession to colleagues from high-tax states who wanted to keep the deduction for state and local taxes, which Republicans have proposed repealing in full.

But the opponents of repeal weren't entirely appeased. Brady told reporters on Monday that there could be further tweaks.

The real estate industry is also worried that the Republican tax framework reduces tax incentives for homeownership. For instance, doubling the standard deduction would drastically reduce the number of filers who itemize. That means the mortgage interest deduction would be taken by far fewer people.

A big player in the housing industry, the National Association of Home Builders, has already come out against the House bill, before it's even been released. The group is displeased that lawmakers haven't adopted its proposed homeownership credit to cover both mortgage interest and property taxes.

The 401(k) tax break: Another big player -- President Trump -- expressed displeasure last week at a provision House Republicans were said to be considering: lowering the cap on how much pretax money workers may contribute to a 401(k).

Brady suggested publicly the idea might still be on the table. And on Monday, House Majority Leader Kevin McCarthy seemed to indicate on Fox Business that House Republicans will consider "Rothifying" 401(k) contributions above a lower cap. That is, your contributions above the new cap would be made after-tax, as they are in a Roth IRA, but your gains and withdrawals would be tax-free. In other words, if lawmakers opt to "Rothify" 401(k)s, you would get no immediate tax break for saving money above the cap.

The corporate tax rate cut: The GOP framework calls for a permanent reduction in the corporate rate to 20% from 35%. But that would be expensive, reducing revenue to the government by up to $3 trillion in the first decade alone, according to Tax Policy Center estimates.

So it's not clear whether House Republicans might propose something higher than a 20% rate or propose a 20% rate but make it temporary.

The costs: The House and Senate budget resolution allows for a tax bill that reduces overall federal revenue by $1.5 trillion over 10 years. But the tax cuts Republicans want cost far more than that.

So they need to find plenty of so-called offsets to pay for them. They also hope to get a good "score" on how much their bill would help the economy, which can help offset the cost, too, at least on paper.

And they need to show that the bill primarily provides middle-class tax relief.

So legislators must make decisions within those parameters. But Brady has already said he won't release cost estimates of the tax bill, or an analysis of how it would affect filers at different income levels, until next week, when his committee meets to debate the bill.

And what's known as the dynamic score -- measuring the economic growth potential -- won't be provided until after the Ways and Means Committee approves the bill.

For legislators and the public, that's "like learning the price of your plane ticket after you arrive at the airport," Martin Sullivan, chief economist at Tax Analysts, said in a blog post.

Normally, Sullivan noted, "when committees mark up legislation ... everybody has a dog-eared, coffee-stained copy of the Joint Committee on Taxation's revenue estimates in front of them."

Since no one likes a vacuum, outside groups may put out estimates of their own, causing even more fur to fly as lawmakers rush to reshape a tax code that affects 100% of the economy.

--CNN's Ashley Killough and Lauren Fox contributed to this report.