BRET STEPHENS: What should conservatives conserve? 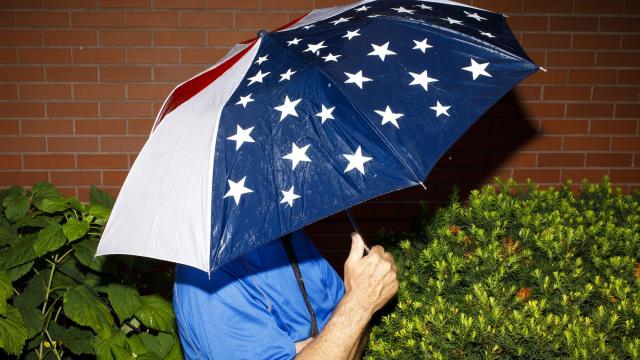 EDITOR'S NOTE: Bret Stephens is a New York Times columnist who won a Pulitzer Prize for commentary at The Wall Street Journal in 2013.  He previously was editor in chief of The Jerusalem Post.

In 1990, V.S. Naipaul delivered a celebrated lecture on the subject of “Our Universal Civilization.” The Berlin Wall had fallen, liberal democracy was ascendant, and Naipaul wanted to reflect on what the universal civilization — by which he meant the West — meant for someone like him, a Hindu son of colonial Trinidad who had made his way “from the periphery to the center” to become one of the great novelists of his time.

Naipaul meant his lecture as a celebration of the West. But he sensed an undercurrent of disquiet, which he found expressed in Nahid Rachlin’s 1978 novel, “Foreigner.” The book is about an Iranian woman who works in Boston as a biologist and seems well assimilated to American life. But on a return visit to Tehran she loses her mental balance and falls ill. The cure, it turns out, is religion.

“We can see that the young woman was not prepared for the movement between civilizations,” Naipaul observed, “the movement out of the shut-in Iranian world, where the faith was the complete way, filled everything, left no spare corner of the mind or will or soul, to the other world, where it was necessary to be an individual and responsible.”

I’ve been thinking of Naipaul and Rachlin while reading Sohrab Ahmari’s new book, “The Unbroken Thread.” Ahmari, now the op-ed editor of The New York Post, is a friend and former colleague with whom I’ve had a political falling out. About three years ago, he made an abrupt switch from being a NeverTrump conservative, railing against the new illiberalism, to being something of a new illiberal himself, railing against “nice” conservatives who, he believes, fail to appreciate that rights-based liberalism is a sucker’s game that only the left can win.

Ahmari’s elegantly written book matters because it seeks to give moral voice to what so far has mainly been a populist scream against the values of elite liberalism, above all its disdain for limits, from moral taboos to national borders to religious rituals. His device is a series of capsule biographies of important thinkers — Confucius, Seneca, Augustine, C.S. Lewis, Abraham Joshua Heschel and Andrea Dworkin, among others — who led richer lives by observing and celebrating the limits.

There’s much to admire here, particularly in the fact that many of Ahmari’s exemplars chose the lives they did, swimming against the current of their times.

The same might be said of Ahmari himself, an immigrant from Iran who arrived in America in impoverished circumstances, rose swiftly up the ranks of conservative intelligentsia, bounced between Seattle, Boston, London and New York, converted to Catholicism and switched from neoconservatism to paleoconservatism — all by his mid-30s.

It’s a trajectory that resembles Naipaul’s. But Ahmari has a political purpose at odds with the personal one. He’s grown disenchanted with the society that has provided him with such a bounty of choice.

He frets that his son will grow up to become a member of a ruthlessly meritocratic but spiritually vacuous Western elite. He mourns North Dakota’s decision to abandon its blue law against doing business on Sundays. He laments that the “American order enshrines very few substantive ideals I would want to transmit to my son.”

In short, Ahmari, rather like the protagonist in Rachlin’s novel, thinks it would be better to put some limits on choice, not just for himself but for others as well.

There’s a charge of hypocrisy to be made here, to which Ahmari partially owns up. What he doesn’t mention is that his admiration for the unflinching high-mindedness of a Heschel or an Aquinas somehow didn’t stop him from becoming a late but enthusiastic convert to the cult of Donald Trump — that is, of the hedonistic bully.

But the larger charge against Ahmari’s book is its failure of moral and political imagination. Choice is no enemy of morality. It’s a precondition for it. It’s why, theologically speaking, temptation must exist. It’s why America, for all of its flaws, tends toward a certain kind of easygoing decency. It’s also why virtue-obsessed countries like Iran or Saudi Arabia tend to be so publicly brutal and so privately corrupt.

Ahmari’s larger falsehood is that the American order transmits few substantive ideals. “This idea of the pursuit of happiness is at the heart of the attractiveness of the civilization to so many outside it or on its periphery,” Naipaul said in that speech.

“So much is contained in it: the idea of the individual, responsibility, choice, the life of the intellect, the idea of vocation and perfectibility and achievement. It is an immense human idea. It cannot be reduced to a fixed system. It cannot generate fanaticism.”

Today, what remains of conservative intelligentsia is split. On one side are those who think that what conservatism should revert to is a kind of anti-liberalism, in the reactionary 19th-century European tradition. On the other, there are those who believe that the purpose of American conservatism is to conserve the substantive principles of 1776 — that is, of the open mind and the ever more open society.

Naipaul could have set Ahmari straight: The universal civilization “is known to exist, and because of that, other more rigid systems in the end blow away.”