What's inside the FBI file on Roger Ailes 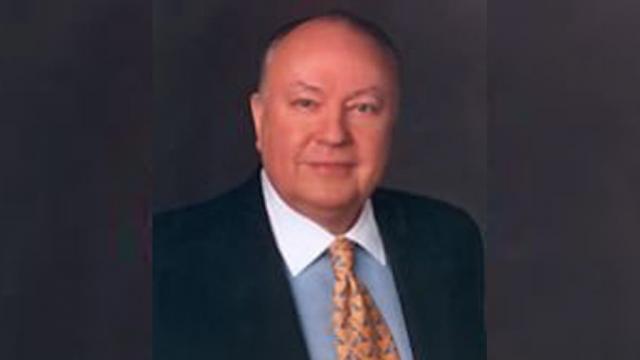 NEW YORK (CNNMoney) — In 1969, one colleague described Roger Ailes as "a wonderful young dynamo" and a "real nice man."

Bennet Cerf, one of the legendary founders of the publishing group Random House, said he had so much respect for Ailes that he invested $5,000 in the 29-year-old's production company.

These tidbits were recently revealed in an FBI file on Ailes that was released to the public following a Freedom of Information Act, or FOIA, request. The documents also offer a colorful look at how Ailes, the co-founder of Fox News, was perceived by peers and politicians as he skyrocketed to the top of the news industry.

Gizmodo and the nonprofit Property of the People made the request when the media mogul died last year. The outlets received the document in mid-January, and the FBI posted it online Friday, with some names and other details redacted.

The FBI conducted a special inquiry on Ailes in 1968 and 1969 to clear him for a position in the White House as a political adviser to President Nixon.

One man who worked with Ailes said that at first he found it hard to square Ailes' youth with his dazzling professional reputation. But the colleague changed his mind when he saw Ailes in action as a producer on the "The Mike Douglas Show" in Philadelphia, ultimately concluding that he was a "legitimate phenomenon," in the words of the report.

That colleague also described Ailes as "aggressive, without being offensive," according to the document.

People who knew Ailes consistently described the young producer as talented and well-liked, according to the file. They also praised his media savvy. John Whitaker, then Secretary to the Cabinet for the Nixon administration, told investigators in 1969 that President Nixon was impressed by his skills as a television producer.

Ultimately, the 1968 investigation concluded that people who knew Ailes saw him as "a loyal American whose character, reputation, and associates are above reproach."

Nearly two decades later, in 1988, the Feds launched another query. The White House requested an "expanded name check," from the FBI so it could appoint Ailes to President George H.W. Bush's Committee on the Arts and Humanities.

In 1990, the FBI revealed that Ailes had been arrested by New York City police in November 1974 for "criminal possession of a weapon," a class D felony.

Two months later, Ailes entered a guilty plea for criminal possession of a weapon in the fourth degree, a misdemeanor. He was convicted and sentenced to conditional discharge, so did not serve any jail time for the crime.

The report didn't elaborate on the circumstances of the arrest, but Gabriel Sherman wrote in his Ailes biography, "The Loudest Voice in the Room," that Ailes had been arrested for illegal possession of a handgun.

According to Sherman, Ailes had been concerned about his physical safety at that time. Sherman also reported that years after the incident, colleagues of Ailes said he was trying to protect Robert Kennedy, Jr., after the pair traveled to Africa to work on a wildlife documentary.

Ailes was questioned by FBI agents days after John Hinckley, Jr. attempted to assassinate President Reagan in 1981 because Hinckley had two tickets to "The Tomorrow Show," according to the documents. At the time, Ailes was executive producer of the late-night talk show.

Hinckley's tickets were for the March 2nd, 1981 taping of the program. Hinckley shot the president a few weeks later, saying he was motivated by a desire to impress Jodie Foster. He became obsessed with the actress after seeing her in the movie "Taxi Driver," in which the main character tries to assassinate a U.S. senator.

Ailes confirmed to investigators on April 3 of that year that Jodie Foster and her "Taxi Driver" co-star Robert De Niro had never appeared on the show.

In the nearly twenty years between FBI inquiries, Ailes established himself as a force in media and politics. The FBI file made note of his ascent.

"Ailes has advised and helped elect many candidates for state and national office," said the report. "He is one of television's most respected producers."

Ailes' star continued to rise until July 2016, when former Fox News host Gretchen Carlson filed a sexual harassment lawsuit against him. Many other women, including former Fox News star Megyn Kelly, came forward to accuse Ailes, who denied all wrongdoing. Ailes was ousted from Fox News after twenty years with the company.