What’s Housework Worth? $1.6 Trillion a Year in U.K., Officials Calculate 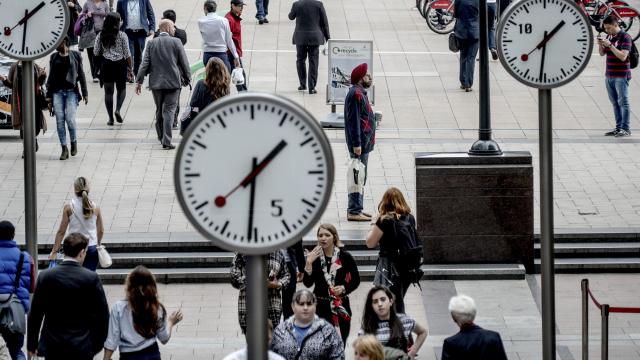 LONDON — Household chores like washing dishes and taking care of children have long been undervalued, feminists and others argue.

But an official study in Britain has put a price on such unpaid contributions to society: 1.2 trillion pounds a year, about $1.6 trillion.

The findings, published Tuesday by the British Office for National Statistics, are likely to bring a grim smile to parents who accuse their children of using them as a free taxi, with transport services — shuttling children back and forth, for example — representing the largest slice of unpaid household work, at 358 billion pounds.

The overall total is greater than the combined output of Britain’s retail and manufacturing companies, and amounts to an average of nearly 19,000 pounds of unpaid work by each person in Britain, whether otherwise employed or not.

In reality, however, the value is not so evenly spread. A previous official study found that women shouldered most of the burden of unpaid work in Britain, doing proportionally more than twice as much cooking, child care and laundry as men. Transport, including driving to work, was the only area where men put in more unpaid working hours than women.

“Women are at a clear disadvantage by the unfair burden of the amount of household work they are expected to do,” said Alexandra Holt, a volunteer researcher for the Fawcett Society, a women’s rights charity.

“While it’s useful to have these figures available to us, nothing will change before we fix the ingrained perception in society that equates femininity with domesticity,” Holt added.

The fair valuation and distribution of domestic work has long been a subject of debate, sometimes in the form of a demand for wages for housework. Campaigners in Italy and in India have called for women who work in the home to be paid a salary.

The aim of the study, which covers 2016 and is based on information gleaned from a range of national surveys, statistics and census information, is to supplement the gross domestic product to fully capture the true size and shape of the British economy and the population’s living standards, the agency said.

“Our headline measures of the economy focus on paid-for activity, such as when someone employs a childminder or uses a travel agent,” Richard Tonkin, the statistics office’s head of income and wealth, said in an email.

“To give a complete picture of the U.K. economy and society, we publish these additional numbers to estimate the value of activity where there is no payment involved,” he added.

According to the agency’s studies, the value of unpaid household work in Britain has increased by 80 percent since 2005.

The statistics also show that 2.2 million vulnerable adults were being cared for without charge in 2016, equating to the work of more than 4 million adult social workers working every week of the year.

Vulnerable adults in Britain are becoming increasingly dependent on their families and volunteers for care, with adult social services in many parts of the country under huge pressure from budget cuts and the rising costs of meeting complex needs.