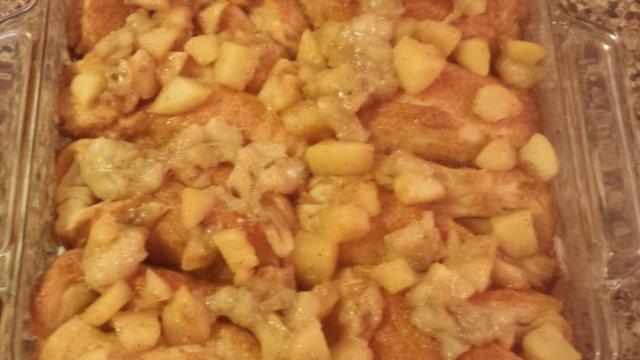 Here's the place to share your meal ideas for the evening, post where you bought the ingredients frugally and even share a recipe if you would like. If you need some inspiration for your own dinner tonight, this may give you some helpful ideas.

What's on your menu tonight?

I tried a new dessert recipe last night as you can see in the photo above: Apple Dumplings using Pillsbury biscuits.  They were a hit!

Cut an apple into 8 slices. Flatten out each of the 8 biscuits. Put 1 apple slice in the middle of each biscuit. Sprinkle a little cinnamon and brown sugar and a little bit of butter on each apple slice. Wrap the biscuit around each slice (like a potsticker).  Put in greased 9 x 9 pan.

I chopped up another apple and sauteed it in some butter, brown sugar and cinnamon and topped the dumplings with it and let them bake an additional 5 minutes.

They were so good! They would have been even better topped with some ice cream!