What’s at Stake in a Harvard Lawsuit: Decades of Debate Over Race 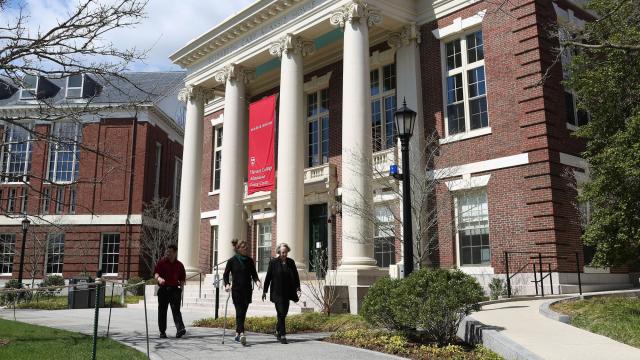 At a time of deepening racial and political divisions among Americans, a trial widely perceived to be a referendum on affirmative action will begin Monday in Boston, bringing into a courtroom decades of fierce disputes over whether Harvard University and other elite institutions use racial balancing to shape their classes.

The case accuses Harvard of setting a quota on Asian-American students accepted to the university and holding them to a higher standard than applicants of other races. It flips the strategy used in past challenges to race-conscious admissions: Instead of arguing that the school disadvantages whites, the plaintiffs say that Harvard is admitting minority groups and white students over another minority, Asian-Americans.

Asian-Americans are divided on the case, with some saying they are being unfairly used as a wedge in a brazen attempt to abolish affirmative action. But it is not yet clear whether the case will make new law — perhaps banning the consideration of race in college admissions — or will narrowly affect only Harvard. Legal experts say at the very least, the case will expose the sometimes arcane admissions practices of one of the most selective institutions in the world.

At most, it could make its way to a newly more conservative Supreme Court and change the face of college admissions.

“I definitely think that this will affect the fate of affirmative action and therefore racial diversity in universities across the country,” said Nicole Gon Ochi, a lawyer for Asian Americans Advancing Justice in Los Angeles. “It’s about much more than a few elite universities like Harvard.”

The case is particularly resonant, experts say, because Harvard’s “holistic” admissions policy, which considers race as one factor among many, has been held up as a model by the Supreme Court since a landmark affirmative action case in 1978, and is effectively the law of the land. Harvard says that it does not discriminate, but considers each student individually to build a class of diverse backgrounds, races, talents and ideas.

The trial will unfold as millions of high school students are figuring out how to define themselves in their college applications. It comes as heated political campaigns fought over racial and economic fault lines culminate in midterm elections.

And it comes as the Trump administration continues to tip its hand toward the plaintiffs. The Justice Department has filed a statement of interest in the case. It has opened its own inquiries into complaints of discrimination against Asian-Americans, at Harvard and at Yale. And in July, the Education and Justice departments withdrew Obama-era guidelines that encouraged the consideration of race in college admissions.

The rest of the Ivy League has closed ranks behind Harvard, filing a joint amicus brief, and universities across the nation are watching intently for a ruling with wide-ranging impacts.

The lawsuit says that Harvard holds the proportions of each race in its classes roughly constant and manipulates a vague “personal” admissions rating to downgrade applications from Asian-Americans. By doing this, the suit says, Harvard is violating federal civil rights law, which prohibits discrimination by universities that receive federal funds.

Harvard says there is no evidence that the 40-member admissions committee has engaged in any orchestrated scheme to limit the admission of Asian-Americans. But it says that eliminating the consideration of race would cut the number of African-American, Hispanic and other underrepresented minorities by nearly half. The lawsuit was filed in 2014 but has been generations in the making.

Suspicions that Harvard and other top colleges were imposing informal quotas on Asian-Americans to combat their quickly growing presence among the academic elite date back to at least the 1980s. In 1988, the Office for Civil Rights of the federal Education Department opened an investigation but cleared Harvard of racial discrimination.

Many remained wary. The Education Department looked into a new admissions complaint about Asian-Americans in 2012, ultimately deciding not to investigate, according to court documents. The same year, Ron Unz, a conservative activist and Harvard graduate, published a lengthy dissection of Harvard admissions, suggesting that the university was keeping down the number of Asian-American students. The essay helped rekindle public debate on the issue.

Harvard appears to have taken the criticism seriously. Around that time, an internal research group at the university conducted a study of admissions, asking, “Does the admissions process disadvantage Asians?” It found that being Asian-American decreased the chances of admission.

Much of the plaintiffs’ case echoes the findings.

Harvard says the internal study was preliminary and incomplete, and that the plaintiffs have cherry-picked data, used innuendo and taken documents out of context to arrive at their conclusions.

Past Supreme Court decisions on affirmative action limited the use of race in college admissions without banning it outright. The court has said that an applicant’s race can be used as a “plus factor” or “a factor of a factor of a factor,” terms that are purposefully ambiguous.

“The Supreme Court has been vague about what is OK,” William Baude, a law professor at the University of Chicago, said. “It seems like they say it’s OK as long as it’s not too much or too blatant. And then the other problem is that the schools have been very secretive about exactly what they do. Which means we don’t know what the law exactly is, and we don’t know whether anybody is obeying.”

Legal experts say the Harvard case could be a fact-based trial, specific to one university. But if it is appealed, the Supreme Court could have a chance to revisit the law on affirmative action. That is the game plan of the plaintiffs, Students for Fair Admissions, a group formed by a conservative activist against affirmative action, Edward Blum. Blum has recruited for the group nearly two-dozen Asian-American students who were rejected by Harvard. “It’s important to recognize that the fate of affirmative action doctrine and Harvard don’t necessarily go in the same direction,” Baude said. “Affirmative action could stay the same even if Harvard loses. The challengers have both goals. They both think that what’s happening at Harvard is wrong, and they think the whole regime is wrong, and they’d like to use this case to prove it.”

SFFA has other irons in the fire. It has also filed a complaint challenging race-conscious admissions, but not focusing on Asian-Americans, at the University of North Carolina at Chapel Hill. It is scheduled for trial in the spring, and is also intended to land in higher courts.

Blum was the architect of Fisher v. University of Texas at Austin, the last major affirmative action case to go to the Supreme Court, which he lost in 2016. But Justice Samuel Alito’s dissent in the case, in which a white woman said she was denied admission because of her race, hinted that discrimination against Asian-American students could be fertile ground for litigation.

Ilya Shapiro, a senior fellow at the libertarian Cato Institute, said affirmative action could be vulnerable if the lawsuit goes to the Supreme Court and newly appointed Justice Brett Kavanaugh follows the lead of the chief justice, John Roberts.

Harvard’s newly installed president, Lawrence Bacow, issued an email this past week saying he was confident the university would prevail, and pleaded for civility and the long view.

“Reasonable people may have different views,” Bacow said. “I would hope all of us recognize, however, that we are members of one community — and will continue to be so long after this trial is in the rearview mirror.”