What Needs to Happen Before Electric Cars Take Over the World 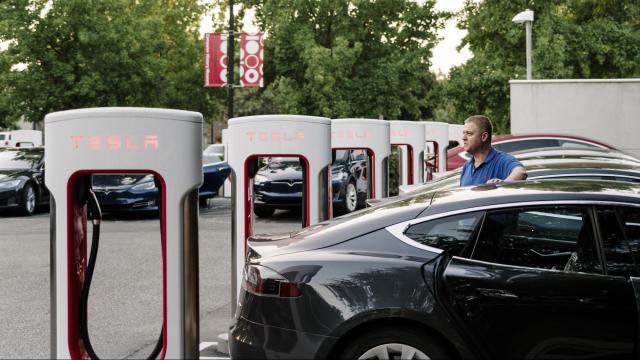 On the slope of a thickly forested Czech mountain, three men in hard hats and mud-spattered fluorescent vests dig for the metal that could power a new industrial revolution.

They watch carefully as a mobile rig, mounted on tank treads, hammers and spins a drill bit hundreds of yards into the bedrock. Water gushes from the bore as the bit punctures an underground spring.

The men are prospecting for new sources of lithium, a raw material now found primarily in China and Chile that could become as important to the auto industry as oil is now.

Faster than anyone expected, electric cars are becoming as economical and practical as cars with conventional engines. Prices for lithium-ion batteries are plummeting, while technical advances are increasing driving ranges and cutting recharging times.

“Once the trend gets going, it can happen very fast,” said Guido Jouret, chief digital officer at ABB, an electronics company based in Zurich whose businesses include constructing charging stations.

But this electric-car future is still missing some pieces. Some crucial raw materials are scarce. There are not enough places to recharge. Battery-powered cars still cost thousands of dollars more than many gasoline vehicles.

Car companies are racing to overcome these obstacles. They, and the millions of people they employ, risk becoming irrelevant.

“Many people are nervous about how fast this is coming and how much they have to invest,” said Norbert Dressler, a senior partner at Roland Berger in Stuttgart, Germany, who advises the auto industry.

Here’s a look at what needs to happen before electric cars take over the world. Car companies like Daimler are getting into the battery business. Daimler has invested $590 million in a new battery plant in Kamenz, a sleepy city in a rural part of eastern Germany.

“This is an important investment in the future,” Chancellor Angela Merkel told Daimler executives and other dignitaries at a groundbreaking in May. Within a few months, workers had erected prefabricated concrete walls for the enormous new building and assembled the roof girders.

But Daimler would rather earn the profits than pay them to a supplier like Samsung or Panasonic. “The battery is a crucial part of the vehicle,” Kaufer said as he walked through the assembly line of another factory in Kamenz that is already running at capacity.

“We are already in touch with some battery-makers,” Richard Pavlik, manager of a European Metals subsidiary overseeing the work in Cinovec, said as he watched the drilling crew.

As for cobalt, it comes primarily from the Democratic Republic of Congo, one of the world’s most war-torn and unstable countries. Illegal mining operations there have been accused of using child labor.

Mining companies are hunting for sources in less problematic locations. First Cobalt, based in Toronto, has announced plans to reopen a former silver and cobalt mine in the aptly named town of Cobalt, Ontario. “We think we are at a point of no return with electric vehicles,” said Trent Mell, the company’s chief executive.

Edwin Stafford, a professor of marketing at Utah State University in Logan, Utah, carefully plotted his charging stops before setting out recently in his Tesla S for Berkeley, California, with his family.

Tesla S owners have free access to Tesla charging stations and can use the waiting time to have a meal or shop. In half an hour, a high voltage Tesla “supercharger” can supply enough juice to travel 170 miles, according to Tesla. But the amenities at charging stations varied, Stafford said.

At one in Nevada, the only nearby business was a casino, he said. At another, the charging apparatus was blocked by an illegally parked truck. Close to the Bay Area, there were sometimes lines of other Tesla owners waiting to charge, he added.

Established carmakers will face new competitors taking advantage of the technology shift to break into the market. Chinese companies are investing heavily in electric cars. Dyson, a British company hitherto known for its innovative vacuum cleaners, has announced plans to develop an electric car.

Big car companies recognize the threat and argue that they can deploy their enormous manufacturing networks to roll out electric vehicles faster than Tesla, which has struggled to meet demand.

But the automakers’ existing expertise — building internal combustion engines — will no longer give them a competitive edge.

“They are losing a lot of their intellectual capital,” said Geoffrey Heal, a professor at Columbia Business School. “And they have to find a way to replace it.”