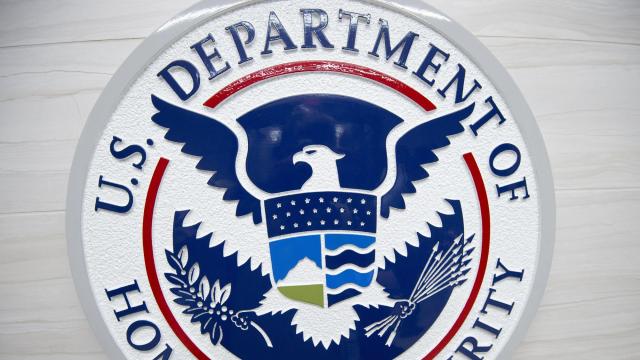 (CNN) — While the majority of Department of Homeland Security employees are working without pay during the partial government shutdown, thousands are furloughed and no longer doing the daily work of the department.

About 32,000 employees, out of the 245,000-person DHS workforce, are not working and not getting paid as the partial shutdown reached its 25th day with no end in sight. The empty offices include strategic planning, oversight functions, research and employment verification.

"We don't even know what questions we're not answering right now," said Ryan Baugh, an American Federation of Government Employees local leader who represents staff in the DHS Office of Immigration Statistics in Washington. AFGE is the largest federal employee union.

Since the beginning days of the department in 2002, the DHS Office of Immigration Statistics has been tasked with collecting and reporting data to evaluate the impact of immigration laws and to establish standards of data across DHS.

The office he represents provides "authoritative, high-quality data, to paint a picture of what immigration looks like" in the United States, said Baugh.

"Those questions seem at the heart of what the (shutdown) debate is," he told CNN.

President Donald Trump and congressional Democrats have been unable to reach a deal to reopen the government since the lapse in funding began a few days before Christmas. At issue is funding over a physical barrier along the US-Mexico border, which the administration says is needed, in part, to manage the "security and humanitarian crises."

Democratic leadership have refused to meet the President's demand and as of Tuesday both sides remain at an impasse.

"Moral leadership would allow us to multitask and operate the government while figuring out these important decisions," said Baugh.

DHS Press Secretary Tyler Q. Houlton declined to comment for this story but previously told CNN that Homeland Security Secretary Kirstjen Nielsen "is working tirelessly to reach a solution that will pay all DHS employees and end the humanitarian and security crisis on the border."

Nielsen wrote in a message to employees last week, "The stalemate in Congress is unproductive and you have my pledge to continue to work with and call on Members to do their jobs and fully fund the Department."

In the department's watchdog office, the "vast majority of employees are furloughed," said a statement sent by Deputy Inspector General Jennifer L. Costello.

The inspector general staff that remains working through the shutdown has been instructed to limit activity to work with a "nexus to the protection of life and property," therefore was able to deploy an on-call duty agent on Christmas Eve to investigate the death of an immigrant child in DHS custody.

"However, there is important oversight work the (inspector general) should and could be doing that we cannot take action on due to the funding lapse. Given that many high-risk DHS programs and operations are continuing to operate during the shutdown, this creates significant risk that serious issues may go unnoticed and/or unaddressed," Costello said.

The DHS Office of Civil Rights and Civil Liberties has a staff of 90, with only two employees working through the shutdown.

The office investigates and works to resolve civil rights and liberties complaints brought by the public against the department, as well as advises the department on policies and reaches out to communities that may be affected by DHS activities.

There are several hundred complaints open at any given time, including an "enormous amount" of work with immigration detention, said a DHS official.

The civil rights and civil liberties lens the office brings to issues "simply isn't there" during the shutdown.

For example, the office reviews 10 to 15 Immigration and Customs Enforcement facilities in any given year to "ensure conditions of detention that (ICE is) holding people (in) is appropriate," said the official.

The civil rights office also conducts "larger systemic-type investigations that would touch on many of the issues in news," such as asylum policy and the policies that led to family separation, said the official.

The lack of civil rights review "compounds" the longer the shutdown lasts as more "plans are hatched" that the office has not "laid eyes on," said the official.

The Homeland Security Advisory Council, which provides independent advice to the secretary to support policy decisions, is also not permitted to meet during the shutdown. During normal operations, committees within the council are in touch regularly, but they have had to cease communication amid the shutdown, according to a member of the council.

Parts of USCIS and FEMA still being paid

US Citizenship and Immigration Services and a portion of the Federal Emergency Management Agency make up the majority of the Homeland Security workforce that continues to be paid from something other than annual appropriations, according to a DHS official.

However, almost all the furloughed Citizenship and Immigration Services employees work for the E-Verify program -- 280 employees out of nearly 300 total.

This has affected E-Verify employees and operations nationwide, according to a union official, who works for DHS outside of Washington.

Although the employment program is generally voluntary, except for some state and federal exemptions, employers "can't follow compliance until E-Verify is back up and running," said the union official.

Citizenship and Immigration Services spokesman Michael Bars previously said in part that "fidelity to a lawful workforce doesn't stop with the suspension of the E-Verify program" and the agency has taken "a number of steps to minimize the impact on both employees and employers."

"Those forcing a government shutdown in order to protest border security only hurt the interests of the people they're supposed to put first," added Bars.

The union official said that if the government wants "to cut down on the amount of people working illegally in the US, E-Verify would be a great way to do it."

The official's message to the Trump administration and Congress? "Open the government, so we can go back to work and do our jobs that the American people are asking us to do."