What is lipedema? All about the fat that's not your fault 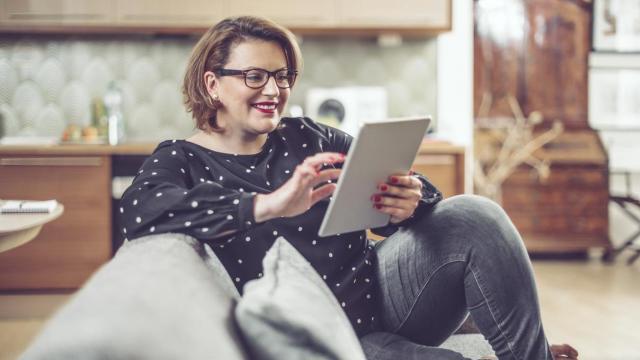 Lipedema — Oprah Winfrey is rumored to have it. You may notice a woman at the grocery store who has it. Chances are, someone you know has it. But what is lipedema exactly? According to a local doctor, it's "the fat that's not your fault."

Lipedema is a fat disorder that causes fat to abnormally distribute in areas of the body like the abdomen, buttocks, hips, legs and occasionally the arms. When broken down and translated, the term lipedema paints a picture of exactly what the condition causes, as "lipo" means fat and "edema" means swelling.

For reasons not yet known, fat becomes irregularly distributed beneath the skin in the aforementioned areas and has associated swelling and inflammation in the tissue. While rare cases have been seen in men, it's almost exclusively found in females (99 percent of cases) and affects approximately one in 10 women.

Although the condition was described 75 years ago by two Mayo Clinic doctors, lipedema has only recently gained momentum as an under-diagnosed, recognized fat disorder. Dr. Lindy McHutchison is on a mission to educate the public about this fat condition and help manage women who are suffering from its effects.

"Lipedema is a fat disorder that essentially turns your body into a fat factory. The body spontaneously makes fat and it's deposited in specific parts of the body. Lipedema usually begins as a body shape concern, but it can eventually cause discomfort and other problems — it's sometimes called the Painful Fat Syndrome," McHutchison said. "It's often mistaken for regular obesity or lymphedema [a swelling extremity condition caused by a lymphatic system blockage], however, there are many distinguishing features of lipedema. Sadly, many women blame themselves for their weight and body shape, when really, it's not their fault."

Lipedema fat is different from normal adipose — the lipedema tissue feels nodular and also has inflammation, fibrosis, increased vascularity and elevated sodium. A hallmark of lipedema is the fat is considered lifestyle resistant, in that it's relatively unresponsive to diet and exercise, persisting even when patients make significant lifestyle modifications or eat healthily.

The following are other classic characteristics of lipedema:

Generally, lipedema is poorly understood, even by those affected with it. McHutchison, who is the medical director of Carolina Vein Center in Durham and founder of the Lipedema Center, noted many lipedema patients come to her initially complaining of vein issues, chronic discomfort in their legs, and an inability to lose weight.

"I had a pain issue in my leg, and then Dr. McHutchison noticed my ankle swelling and said it was possible that I had lipedema too," said Sheila Dorset, a patient. "She introduced me to lymphatic massage to help reduce the swelling, as well as compression socks. I thought it was just broken veins, but there was this underlying condition that was causing me all this pain."

Dorset described her legs before seeking treatment as "so heavy" and said she felt the need to sit down after being on her feet for too long. However, with the help of McHutchison, Dorset now has a handle on her lipedema and said she would be "so much worse off without her."

As lipedema progresses, patients may notice tired, achy, heavy, tender, and swollen legs that feel progressively worse at the end of the day or with long standing, as Dorset described. Some women even experience tenderness in their legs at night when a child, pet or even bedding touches their legs. Other common complaints include blood pressure cuffs hurting their arms and massages during pedicures being uncomfortable.

Types and stages of lipedema

There are five types of lipedema:

Stage 1 - The skin is smooth but spongy. Small fat nodules are present and the skin bruises easily. The classic lipedema shape is starting to begin. There is pain or tenderness, but perhaps only with pressure.

Stage 3 - There are large fat lobules and creases in the skin with overhanging fat pads around the ankles, knees and hips. The skin has a rubbery consistency. Pain occurs more frequently and without much pressure. Mobility may be severely restricted, pain and discomfort can be severe, and the patient may find it very difficult to achieve ordinary daily tasks.

While there are stages to lipedema and it is considered a chronic and progressive condition, progression is not absolute. Most women progress to Stage 2 and tend to stay there.

Currently, the cause for lipedema is largely unknown and many are surprised to discover there is no lab test, X-ray or official way to diagnose it. Instead, it is a clinical diagnosis made based on a patient's history and a physical exam during which an assessment of symptoms is conducted.

While the cause has yet to be determined, there appears to be a hereditary component to the condition, as lipedema is often seen across generations of females in families. The current consideration is that the micro vasculature of the veins and lymphatics are also culprits in the condition. Additionally, lipedema usually starts at puberty, but can also be triggered by pregnancy or perimenopause, signifying a potential hormonal tie-in.

There are no definitive treatments other than a specialized type of lymphatic sparing liposuction. Insurance companies consider liposuction a cosmetic procedure, so this procedure is not medically covered by insurance. Clinicians like McHutchison are focused on symptom and pain management therapies which aim to:

McHutchison encourages compression 12 to 18 hours per day, elevation, massage therapy, diet management and low-impact exercise (if a patient is able to do so without pain). She said her goals are to prevent progression, decrease triggers, and improve pain and discomfort for her patients.

Beyond the physical shape aspects, there is also a psychological component to lipedema. McHutchison noted the mental struggle of self-blame and frustration that many of her lipedema patients experience after doing everything they can to "lose the weight."

"Many of my patients feel like they are a thin, healthy person wearing a sumo wrestler costume. Their lifestyle, diet and exercise routine doesn't match the person they are on the outside," she said. "I tell my patients that lipedema is like a stingy bank — it initially takes their deposit of fat, but doesn't let them take it out when they diet and exercise. Lipedema awareness is key; it helps the patient stop blaming themselves."

At the end of the day, McHutchison feels called to do this work. Originally a practicing OB-GYN for the first 12 years of her career, she became interested in and trained in venous and lymphatic medicine. After becoming the medical director of Carolina Vein Center in 2008, her "two worlds of OB-GYN, and venous and lymphatic medicine collided" and she began to encounter women with venous conditions, as well as lipedema.

"I'm not super religious, I'm more spiritual, but I do feel like everything that's happened in my life is sort of being purse-stringed into lipedema. I feel as though my ultimate life's purpose is to help women with lipedema and, hopefully, be part of understanding the cause and part of finding the cure," she said.