3 theories on what, exactly, Michael Cohen is trying to do 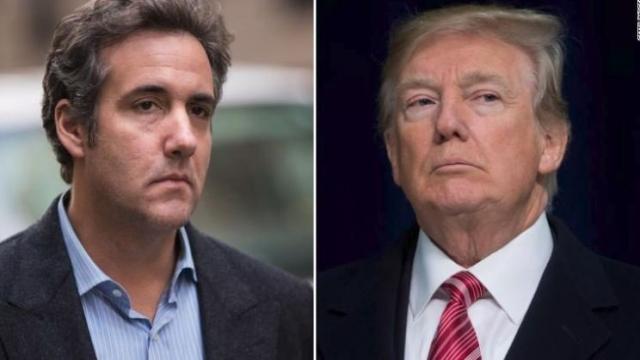 What we know: This is the week that Michael Cohen officially declared war on Donald Trump. From the release of a secretly recorded tape of the two men talking about a potential payout related to former Playboy model Karen McDougal to the bombshell accusation that Trump knew about the much-discussed June 2016 meeting between his top campaign officials and a group of Russians, Cohen seems absolutely dead-set on breaking very, very publicly with Trump.

What we don't know: Why? And, more importantly, why now?

After all, Cohen spent years and years making a name for himself as Trump's most loyal bulldog. And even after the FBI raided his home, hotel and office in April, word out of Cohen world is that he remained loyal to Trump. As recently as May, Trump lawyer Rudy Giuliani was on TV touting Cohen as "an honest, honorable lawyer." And Trump tweeted this of the possibility that Cohen might flip on him under pressure: "Sorry, I don't see Michael doing that despite the horrible Witch Hunt and the dishonest media!"

Plus, sources have told CNN that Cohen didn't bring up Trump's alleged pre-knowledge of the meeting during his testimony before a House committee earlier this year.

But beginning earlier this month, with an interview with ABC where Cohen said his loyalty was to his family and his country (and didn't mention Trump at all), things appear to have changed. Bigly.

Here are a few ideas as to why now:

1. He's chasing a better deal from the special counsel

Cohen appears to be facing serious criminal charges tied to, among other things, his ownership and management of New York City taxi medallions. Seen through that lens, Cohen's strategy is largely focused on making clear to special counsel Robert Mueller, who is leading an investigation into Russian meddling in the 2016 election, that he's got a lot of story to tell -- and he's willing to tell it. It's hard to imagine that Mueller doesn't already know what's on the many recordings Cohen secretly made of conversations he had with what has been describe as "powerful" people. But what Cohen may be saying with this latest reveal about the Trump Tower meeting is that he's got information that he hasn't told anyone else before -- and that if Mueller wants it, he needs to make sure the former fixer for the President isn't spending the rest of his days behind bars.

2. He's trying to strong-arm Trump into a pardon

The President has already shown a willingness to use his pardoning power when it comes to high-profile people. Think Joe Arpaio. And, he could pardon Cohen even before Cohen is charged with anything. (Presidential pardon power is remarkably sweeping.) While Cohen's lawyer Lanny Davis has said publicly that's not what Cohen is up to, does anyone think that, given his past track record on the truth, Cohen's motives here can be fully trusted? And even if forcing Trump into a pardon isn't Cohen's main goal, do you think he would refuse to accept a presidential pardon if it was offered? Yeah, me neither. Seen through the lens of a potential pardon, Cohen could be using this week to signal to Trump that he's not bluffing. He authorized the release of a taped conversation that is, at minimum, embarrassing to Trump. And then, days later, he lets out word that Trump knew about a crucial meeting that the President (and everyone around him) is on the record saying he didn't know about. If you're Trump, this week has to have convinced you that Cohen is off the reservation -- and could go a lot further off it in the very near future. That could be the stuff a pardon is made of.

3. He's had a genuine conversion experience

The narrative that Cohen and his legal team are trying to sell is that the man has changed in a fundamental way over these past few months. "This man has turned a corner in his life, has hit a reset button, and he's now dedicated to telling the truth," Davis told CNN's Chris Cuomo earlier this week. Is it possible, given that Cohen faces real legal peril, he has taken a hard look at his life and changed? Of course it's possible. This isn't exactly a deathbed conversion, but it's close. Michael Cohen lived one sort of life for decades -- a life that made him useful to Donald Trump -- but intervening events have forced him to take a very hard look at that past life and change his ways. Maybe this is just the leading edge of his truth-telling.

Cohen's motives should come into sharper focus in the coming weeks, depending on what we hear from Trump, Mueller or both. And no matter his motives, he has now become the single most dangerous person to Donald Trump's presidency.