What Democratic Control of the House Could Mean for Your Wallet 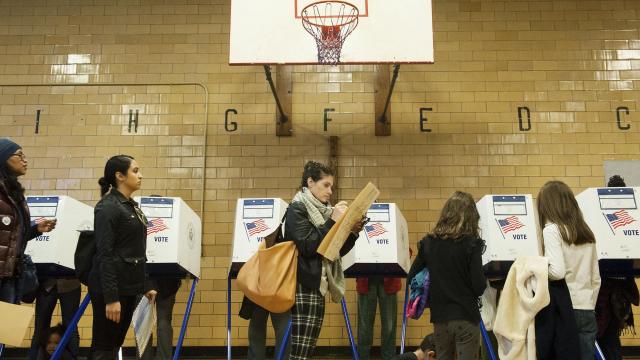 The Democrats’ success in winning back control of the House comes after an election in which economic issues were often overshadowed. Even so, the change on Capitol Hill is likely to make a difference on some spending priorities and tax policy.

House Democrats are in a position to block Republicans from extending the temporary tax cuts and provisions for individuals and small businesses that were enacted last year, and from pushing for further tax breaks for businesses. President Donald Trump even talked at his Wednesday news conference about teaming up on a middle-class tax cut that could raise business taxes and on rebuilding infrastructure.

The momentum on health care has shifted toward shoring up and improving the Affordable Care Act and reining in prescription drug costs, an issue that has caught Trump’s attention as well. Republican efforts to shrink spending on what are known as entitlement programs — Medicare, Social Security and Medicaid — will also be shunted aside with Democrats pushing to patch up the safety net.

Prospects for agreement, though, are still sketchy. Republicans and Democrats “can have overlapping positions,” said William G. Gale, co-director of the nonpartisan Urban-Brookings Tax Policy Center in Washington. “But any compromise requires trust, and I just don’t think there’s any trust available right now.”

In any case, the larger economic story line of the year ahead is unlikely to be shaped by initiatives from Capitol Hill.

The economy is strong, but growth is still expected to slow in 2019 as the extra juice injected through the tax cuts fades. Trade tensions are not going away. The jobless rate, already circling near a half-century low, will probably inch down even more. Swoops in the stock market will continue to be unpredictable, and anxieties about global growth remain. Moreover, as Janice Mays, managing director in the accounting firm PwC’s Washington National Tax Services, said: “You’re going to have the same president.”

— What Kind of Legislation Can We Expect?

With control of only one chamber, and an antagonist in the White House, the Democrats won’t be able to push through initiatives on their own. Instead, they are likely to highlight their priorities for the future by passing a lot of bills — think of them more as billboards, designed to shape an agenda and deliver a message. An increase in the minimum wage, an expansion of health care coverage, and an infrastructure build-a-thon are obvious candidates.

Democrats will be able to block efforts to trim safety net programs like food stamps and Medicaid. They are also likely to focus on investigating the administration.

But prospects of any major legislative efforts look doubtful. Consider that a major tax overhaul was passed during the current congressional session, but much of the rest of the Republicans’ legislative agenda stalled despite their control of both houses.

A few weeks ago, Trump started talking about a 10 percent tax cut for the middle class. Then on Wednesday, the president struck a conciliatory tone and surprised people by saying he was open to raising taxes on corporations as part of a broader deal to give the middle class more of a break. “If Democrats come up with an idea for tax cuts,” he said, he would consider the options. “I would certainly be willing to do a little bit of an adjustment.”

Raising taxes would be a repudiation of the agenda of House Republicans. They laid out a plan in September to make permanent most of the temporary cuts and provisions for individuals and small businesses enacted last year.

Powerful Democrats (as well as some Republicans) from high-tax states like California, New York and New Jersey also have a strong interest in reinstating the federal deduction for state and local taxes. But they will encounter two obstacles. First, the decision to limit that deduction to no more than $10,000 kept the deficit from getting even larger. Second, an energized progressive Democratic wing might not be keen on prioritizing a tax proposal that mostly helps those with higher incomes.

The parties could also find common ground on increased tax incentives for retirement savings. And there is a long list of technical fixes and extensions on Congress’ to-do list.

— Are There Areas of Agreement Between the Parties?

You may remember that for the blink of an eye last year, it seemed possible that the Democratic leadership in Congress might make a deal with Trump to tie tax reform to a proposal to repair roads, bridges, waterways and airports.

Infrastructure has often been hospitable ground for bipartisan initiatives. Trump has always been enthusiastic about building on a grand scale, and in many ways, the Democrats are more willing partners than Republicans, who have consistently objected to the kind of spending required.

Trump noted the potential on Wednesday, saying that “we have a lot of things in common on infrastructure.”

The Democrats have put together a trillion-dollar infrastructure proposal aimed at everything from broadband to waterways.

But financing remains a problem. Even if the president and Democrats were willing to make a deal, Senate Republicans would almost certainly object to any plan large enough to make it worth the Democrats’ while, said Rick Lazio, a former Republican congressman who is now a senior vice president at Alliantgroup, a tax-credit consulting firm. “With the economy slowing and deficits climbing,” he said, “I don’t just see Republicans going for a trillion-dollar infrastructure bill.” Nor is the atmosphere in Washington particularly conducive to cross-the-aisle collaboration. “I just have a hard time believing that after the last two years, the parties are going to be able to get along and negotiate anything,” said Gale of the Tax Policy Center.

Democrats may also think twice about giving the president a victory before the 2020 election.

A significant slowdown in the economy could always change that calculus. With the effects of the stimulus fading, Trump has stepped up complaints that the Federal Reserve’s plan to raise interest rates will slow the economy. “If somebody offers him the opportunity to offset that with a spending bill, he would sign it, with no regard for the deficit,” said Jared Bernstein, a senior fellow at the liberal Center on Budget and Policy Priorities in Washington who was an adviser to former Vice President Joe Biden.

Trump has paid little attention to critics in either party in pursuing a confrontational trade policy. The administration has the power to impose tariffs without congressional approval, and that is exactly what it has done. The 10 percent tariff the president put on $250 billion of Chinese goods in late September is scheduled to increase to 25 percent on Jan. 1. The White House has indicated that it will unveil tariffs on all other Chinese imports — worth an additional $257 billion — if talks between the United States and China at the G-20 summit this month fail to produce progress.

Restricting the president’s power on trade would require the approval of the House and a 60-vote majority in the Senate. That is unlikely. The Democrats have traditionally been less enamored with free trade than Republicans. (Their views, however, may evolve as the Republican Party under Trump continues its shift from free-trade orthodoxy to protectionist measures.)

Congress will have the chance to weigh in on the United States-Mexico-Canada Agreement, which is to replace the North American Free Trade Agreement. The agreement has incorporated a number of provisions — like higher pay for autoworkers — that render it somewhat more palatable for the Democrats, Mays of PwC said. But the accord could come up for a vote before the Democrats take control, heading off any push by House Democrats for a tougher deal.

— Will the Government Keep Running?

There are two issues that Congress must confront next year: the debt ceiling and the legally mandated limits on spending approved annually by Congress. Failure to address the budget limits could prompt deep spending cuts and a partial government shutdown. And without an accord on the debt ceiling, the government would default on its payments and risk injuring its credit rating and causing a global panic. After President Barack Obama signed a bill requiring across-the-board spending cuts if the budget exceeded set limits, Republicans and Democrats in Congress have patched together compromise budgets and agreed to raise the spending caps. In general, the deals have involved Republican agreement to greater spending on domestic programs and Democratic acceptance of bigger defense budgets. That has meant larger deficits.

“Both parties seem to care about the deficit when they’re out of the power, but not so much when they’re in power,” said Michael Strain, director of economic policy studies at the conservative American Enterprise Institute.

Since a shutdown can tar both parties, Democrats and Republicans are likely to strike some deal. “They’ll lurch from deadline to deadline and do the minimum to get by,” said Douglas Holtz-Eakin, a former director of the Congressional Budget Office and the president of the conservative American Action Forum.

The wild card is Trump. The president has said that “I would have no problem doing a shutdown” to force Congress to fund a wall along the Mexican border. He may have even less of a problem with it if he could more easily blame the Democrats.

“A shutdown is always a possibility, and the wall would mostly likely be the reason for that,” Lazio of Alliantgroup said. “But Senate Republicans are less likely to barrel into a confrontation.”