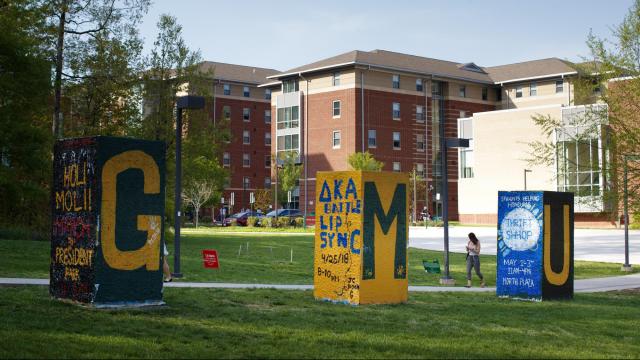 FAIRFAX, Va. — A group of student activists sat in the library at George Mason University this past week feeling both vindicated and violated.

The group, Transparent GMU, had sued the university and its fundraising foundation last year after it was denied requests for documents that it suspected showed how deep-pocket donors were given undue influence over academic affairs. After a recent court hearing in the case, the university released those documents, some of which appeared to affirm the group’s suspicions.

“It feels like transparency Christmas,” said Kailey Adkins, a sophomore at George Mason and a Transparent GMU member. But, she added, “I mostly feel deceived and disappointed. GMU breached my trust and sense of security in my education.”

The documents reveal in surprising detail that for years, as George Mason grew from a little-known commuter school to a major public university and a center of libertarian scholarship, millions of dollars in donations from conservative-leaning donors like the Charles Koch Foundation had come with strings attached.

As early as 1990, entities controlled by the billionaire brothers Charles G. and David H. Koch were given a seat on a committee to pick candidates for a professorship that they funded, the records show. Similar arrangements that continued through 2009 gave donors decision-making roles in selecting candidates for key economics appointments at the Mercatus Center, a Koch-funded think tank on campus that studies markets and regulation. The appointments, which also created faculty lines at George Mason, were steered to professors who, like the Kochs, embraced unconstrained free markets.

More recently, in 2016, executives of the Federalist Society, a conservative national organization of lawyers, served as agents for a $20 million gift from an anonymous donor, and were given the right to terminate installments of the gift at their discretion. Emails disclosed by the university show that Federalist Society officials were also involved in hiring discussions and had suggested a student for admission. In turn, a professor at the law school wrote the society asking for help securing recommendations for prestigious federal judicial clerkships for students active in the society.

Following a period of deep cuts in public funding, the documents and related emails raised broad questions about whether universities that rely heavily on private donors can remain free from the influences of contributors who may be pursuing commercial, political or philosophical agendas.

In academia, such influence is viewed as inappropriate, partly because it may pressure professors to produce biased research, undermining the credibility of their work and spreading incorrect information to students. That may be particularly problematic in the interpretation of data and construction of models in areas of economics that affect federal tax policy or regulation.

Bethany Letiecq, an associate professor in the Human Development and Family Science program at George Mason and president of the university’s chapter of the American Association of University Professors, said the documents demonstrated that the school had “ceded our authority and autonomy to one of the wealthiest industrialists in the world.”

News of the donor agreements prompted a university inquiry and other measures intended to rebuild trust in the institution’s academic mission and independence. The faculty senate voted Wednesday to ask the administration that it publish an online database of all donors, appoint two tenured faculty members to the university’s gift acceptance committee, and extend an ad hoc faculty committee created in 2016 that is charged with examining potential conflicts of interest with outside gifts and grants.

Letiecq said the faculty did not know whether there were any colleagues who may have been affected by the Koch Foundation’s influence over hiring in past years. But those who have been hand-picked know they come with strings attached, she said. “They know the benefits that come with the position,” she said. “And I guess they can live with that.” In one 2003 agreement, the Mercatus Institute said it had received $900,000 from the Menlo F. Smith Trust to fund a professorship in the economics department and would make the first payment “conditional” upon the appointment of Russell Roberts, an economist who advocates limited government. A person designated by Menlo Smith, a St. Louis businessman, was given a seat on the selection committee, according to the agreement.

Roberts, who is currently affiliated with the Hoover Institution at Stanford, denied Thursday that Smith had had any say in his hiring. He said he had been selected for the job by the economics department, which then sought funding from Smith.

The exact amount of Koch donations to campuses across the country, which frequently are earmarked for programs fostering capitalism and free markets, is unknown. But it is estimated at nearly $150 million from 2005 to 2015, benefiting more than 300 schools. An estimated $50 million of that went to George Mason.

Arrangements between universities and organizations funded by Koch money have come under scrutiny partly because of the work of an activist organization called UnKoch My Campus, the national affiliate of Transparent GMU.

The group and its campus affiliates around the country have pressured universities to reject or rescind Koch-funded agreements and also have demanded disclosures about Koch funding. The movement has recently gained steam on several campuses where faculty members and students have protested Koch-funded centers or professorships, including recent actions at Wake Forest University, Montana State University and the University of Utah. Samantha Parsons, who co-founded the organization as a George Mason student in 2014, said the group has worked with about two dozen campuses to protest donor influence and is actively working with about a dozen.

“Faculty across the country are waking up and really seeing this as a moment to really defend academic freedom and integrity and faculty governance,” she said.

While the documents provide a look into previously secretive arrangements, both the Charles Koch Foundation and the George Mason president, Ángel Cabrera, who acknowledged that the donations raised questions about outside influence, pointed out that the agreements were old.

Cabrera said his office is conducting a review of donor agreements at the university to determine if any others that exist contain similar language.

The Koch Foundation said it had changed the language of its standard university agreements, removing clauses, for example, that permitted donors to be on hiring committees. “We realized they could easily be used to mischaracterize our intent,” John Hardin, the foundation’s director of university relations, said in a statement.

The changes were made after the disclosure of a similar agreement at Florida State University that permitted a Koch representative to review faculty positions.

Yet there is evidence that donors, including the Koch Foundation, continue to exert extraordinary influence at universities, in many cases unwritten or even unstated. Daniel Kovenock, a professor of economics at Chapman University, which has received Koch funding, said he believed the foundation had changed its methods.

“Instead of explicit contractual provisions governing use of the funds, it’s now a wink and a handshake,” Kovenock said. A former professor and administrator at Arizona State University described the “drama” involving an offer in 2014 by the Koch Foundation to donate money for a new professor dedicated to teaching the history of capitalism.

The professor, Matthew J. Garcia, said that he had welcomed the foundation’s donation to his program — the school of historical, philosophical and religious studies — but that he had insisted normal hiring procedures be followed to fill the job.

The hiring search was anything but normal, the professor said. As it progressed, a university dean told him, “ASU will never hire anyone that Koch doesn’t approve,” according to Garcia.

But Hardin, of the Charles Koch Foundation, said that any hires by ASU were the result of the university’s process, not foundation pressure. “Unfortunately we see people trying to point the finger at us and trying to call us the boogeyman for things they don’t like when it’s not true,” Hardin said.

Representatives for Arizona State did not respond to requests for comment.

In the end, the Koch Foundation’s top choice was rejected by a faculty committee, Garcia said. But the episode was among developments at ASU that Garcia said had left him disillusioned. He departed last year for Dartmouth, where he is a professor of history focusing on Latin America.

Officials of the Federalist Society played a key role as an intermediary between George Mason and an anonymous donor when the university’s law school was renamed in 2016 after the former Supreme Court Justice Antonin Scalia, the released documents show.

The records and emails, while heavily redacted, say that representatives of the Federalist Society were given discretion to cancel the donor agreement and that society representatives discussed faculty selection and recommended at least one student for admission. Leonard Leo, a Federalist Society official who was among those directly involved in the correspondence, did not return a phone call seeking comment.

The dean of the law school, Henry N. Butler, said any accusation the society had undue influence was unfounded. “While we are pleased to receive recommendations from many sources,” he said, “decisions on faculty hiring and student admissions and scholarships are independent and strictly the purview of the law school’s faculty and administrative leadership.”

Despite the release of the documents, the lawsuit is still on. The activist groups want the foundation to release agreements with all of its donors.

Elizabeth Mathews, a senior and the vice president of Transparent GMU, said that she was saddened to have resorted to suing her own school, but that she felt its credibility was under siege.

“Even though we have looked particularly at the Kochs, this is a nonpartisan issue,” Mathews said. “We don’t believe anyone should be able to do this. We want donors to know they can’t do this out of the public eye anymore. We will be watching them, we will be asking questions.”