Asheville, N.C. — Madison Cawthorn, a Republican candidate for the U.S. House from western North Carolina, created an attack website accusing a journalist of leaving a job in academia “to work for non-white males, like Cory Booker, who aims to ruin white males running for office.”

The journalist, Tom Fiedler, who had written favorably about Cawthorn’s opponent, is a retired dean of the Boston University College of Communications. He volunteered for the 2020 presidential campaign of Booker, a Democratic U.S. senator from New Jersey.

Fiedler has since written articles and fact-checks about Cawthorn for a nonprofit news website in North Carolina’s 11th Congressional District, where Cawthorn is facing Moe Davis, a former Air Force prosecutor. He isn't affiliated with Davis' campaign and hasn't donated to it.

The attack on Fiedler was reported by The Bulwark, which called it “a despicable smear” echoing racist remarks by President Donald Trump. 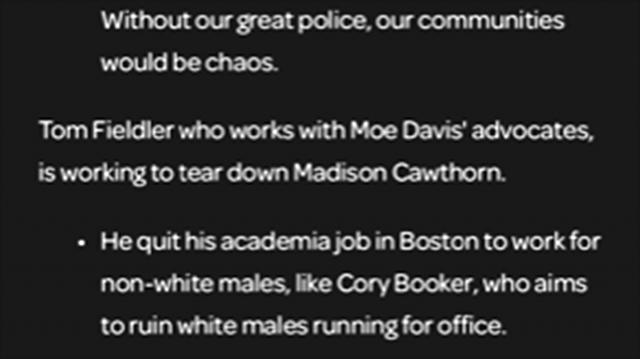 "My initial reaction was to find it so ludicrous that it was hardly worth a response," said Fiedler, a Pulitzer Prize winner who was part of the team at the Miami Herald that exposed the extramarital affair of one-time presidential candidate Gary Hart.

Cawthorn's campaign has complained about him before, he said, "accusing me of being biased against Mr. Cawthorn because Mr. Cawthorn is a white candidate."

Fiedler has written a series of investigative stories on Cawthorn, raising questions about how truthful the candidate has been about his past and his qualifications.

"It’s basic journalism," he said. "When a candidate of any kind presents herself or himself to the public in a particular way, the role of a journalist is to actually check it out."

By late Thursday, the website’s language accusing Fiedler of seeking to ruin white male candidates had been deleted. It was changed to read that Fiedler had “become a political operative and is an unapologetic defender of left-wing identity politics.” 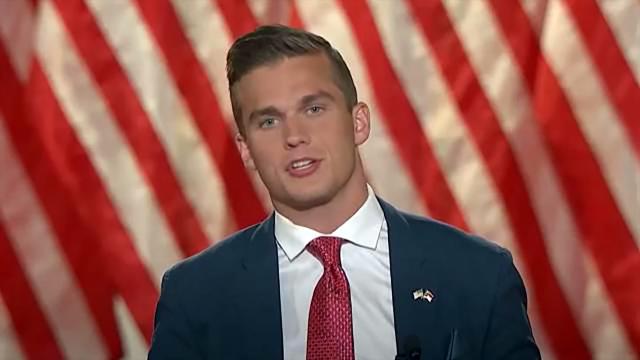 Cawthorn declined a WRAL News request for an interview, but he issued a statement.

"Unlike my opponent, who continues to defend calling for violence against his political opponents, I’m willing to correct language that doesn’t convey my intended meaning," he said in the statement. "My intended meaning was, and is, to condemn left-wing identity politics that is dangerous and divisive. I have condemned racism and identity politics throughout my campaign.

“The syntax of our language was unclear and unfairly implied I was criticizing Cory Booker,” the statement continued.

"If racism has no place in America, then it surely has no place in Congress, either," he said in a statement. "Madison Cawthorn has proven time and time again that he is unfit for public office. ... He has no business representing the good people of Western North Carolina. He does not belong in Congress."

The open congressional seat, which was held by Mark Meadows before he became Trump’s chief of staff, has become unexpectedly competitive.

Cawthorn had previously come under fire for posting photos on social media from his visit to Adolf Hitler's vacation house in Germany, known as the "Eagle's Nest."

"I ... hope we can lower the temperature on racial rhetoric in this country," Cawthorn said in his statement. "Accusing people who have a different political philosophy of being racists or Nazis degrades our public square and undermines our ability to solve problems. We need a new town square in which we treat one another with respect and fight about ideas."


Copyright 2020 by New York Times News Service and WRAL.com. All rights reserved. This material may not be published, broadcast, rewritten or redistributed.