Election Day 2020: Here's what you need to know 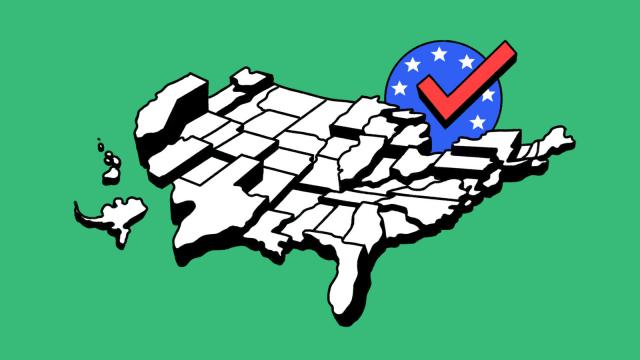 By Zachary B. Wolf, CNN

CNN — First, have you voted? If not, make your plan and go vote now. Many states allow same-day registration. For rules in your state, check CNN's voter guide here.

CNN's Election Night coverage begins at 4 p.m. ET on Election Day. But honestly, we're 24/7 and this election is a huge deal. Tune in now!

How long will Election Night last?

Who knows! CNN won't project a winner of a state until polls in that state close (and maybe much later if things are tight).

When do polls close?

Polls close at various times starting at 7 p.m. ET on the East Coast. The last polls will close at 1 a.m. ET in Alaska.

When do the polls close in key battleground states?

When will we know the winner?

This is an impossible question to answer, because we don't know how all the early voting will affect different states' ability to report results quickly.

Many, many more millions of Americans have voted early in person or by mail this year than usual because of the pandemic, so it could take more time to count those ballots, particularly in a few key battleground states (ahem, Pennsylvania).

Is there a problem if we don't know the winner on election night?

No, there is not. In fact, it's happened in recent memory. Here is a breakdown of when CNN projected the last five presidential elections:

So, while Trump has repeatedly said we should know the winner on Election Night, that's just not factually true. In fact, under federal law, states have until December 8th to count ballots and settle disputes. Some states have earlier deadlines.

Related: Here's what CNN does before it projects races. It's not magic, it's math.

What do we know about how the vote will come in on election night?

We have some educated guesses.

We might know some states early. A very large proportion of Americans are voting early and in most states, election officials can tee up those ballots to generate results quickly after polls close.

So in contested states like Florida and Texas, we may have a very good idea early in the night how things will go.

It might take some states many days. In Pennsylvania, for instance, election officials can't do anything with early ballots until Election Day. Some counties won't even pick them up until the day after Election Day.

Why is Trump so focused on the Election Day vote vs. early and mail-in votes?

In states like Pennsylvania that can't start processing their early votes until Election Day, a disproportionate amount of early results will be from day-of votes, likely giving Trump an extra bump. The reverse is true in states that process early votes ahead of time, like Florida and Texas, so they may show an early lead for Joe Biden.

Why is everyone so focused on those key battleground states?

Each state and Washington, DC, all have at least three and as many as 55 votes (that's California). States award their electoral votes to their statewide popular vote winners. In this way the US election is really 51 smaller elections. And each state has its own rules.

Most of the state are reliably or semi-reliably in one camp -- Republican or Democrat. But there are always a few states where things appear closer. These states change over time. See CNN's map here.

What is Trump's path to victory?

According to CNN's electoral map, there are 125 electoral votes already safely in Trump's column. The easiest path for Trump would be to win Pennsylvania and one other battleground state -- Arizona, which used to be reliably Republican, or another Rust Belt state, for instance. But he needs to win in places where he's currently behind in polling. Get the latest swing state polling here.

Don't mess up. Polling suggests he's in the lead in the Rust Belt sates that put Trump over the hump in 2016. He needs to hold the Rust Belt states. But a lot of Democrats are hoping for more. They've had their eyes for years on states like North Carolina, Georgia and Texas, where the populations are diversifying, and they hope 2020 is the year they break open the electoral map. We shall see. Click to build your own map.

Is there an electoral math expert who can show us the scenarios?

We've got John King and he's gone to the Magic Wall to run the contested states.

Pennsylvania, where both candidates are focusedWisconsin, where there's a Covid spikeFlorida, where there's a battle for the suburbsGeorgia, where the last Democrat to win was Bill ClintonNorth Carolina, where Black turnout is keyIowa, which Democrats had though was lostArizona, where the population has been explodingOhio, which has been a swing state for decades

What happens if they tie?

There's a complicated process -- learn about it here -- but essentially, the House of Representatives elected on Tuesday would pick the winner. Each state would get a vote. Trump probably has an edge in a tie since Republicans control more state congressional delegations.

What if there's a problem with a state's electoral votes?

Great question. It's not entirely clear. If there's a disputed election and a state can't determine who should win its electoral votes, expect a court battle, like the one that made George W. Bush president in 2000. Trump has the edge in a court battle since there's a 6-3 conservative majority on the Supreme Court.

Here's what happens between Election Day and January 20, when the next presidential term begins at noon ET.

What about the House?

It's extremely important since it's hard for a President to make lasting policy without a majority in Congress. Democrats are expected to build on the House majority they won in 2018.

What about the Senate?

The real question is whether Republicans can hang onto their slim majority in the Senate. Democrats need to pick up a net of three seats if Biden wins and four if Trump wins (the vice president breaks ties in the Senate) to seize power.

They're pretty much guaranteed to lose a Senate seat in Alabama, so Democrats are looking for 4-5 seats elsewhere. There are plenty of opportunities.

One Republican-held seat -- Colorado -- is rated by CNN as "lean Democratic."

Three Republican-held seats -- Georgia, Iowa and Montana -- are rated by CNN as "tossup."

Check out the full ratings here.

What are the other important things on the ballot?

Control of state governments is more important this year than usual since it's a Census year. After the government counts the US population in 2020, the number of seats each state has in the House of Representatives will be reapportioned and congressional districts will be redrawn.

That's a hugely controversial process and, in states where it's not done by a nonpartisan commission, there's an advantage for the party that controls the state government. Even if Democrats don't win the Texas electoral votes, they're hoping to get a say in how the state draws these districts.

There are also state and local ballot measures. Here are the ones CNN is watching.