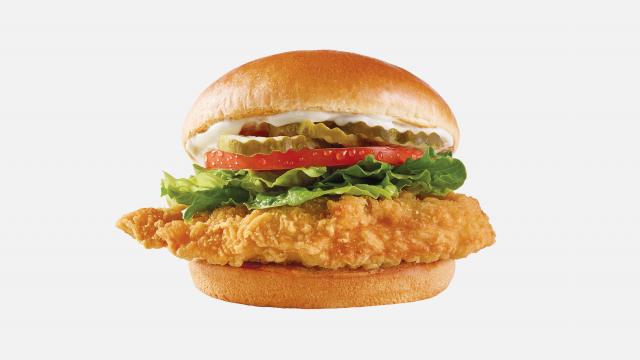 CNN — Wendy's is reentering the fried chicken sandwich battle with a new competitor.

The chain has a rolled out the Classic Chicken Sandwich, which features a crispier and juicier fried-chicken filet compared to its predecessor and is topped with mayo, a slice of tomato, lettuce, and pickles — all placed on a toasted bun.

The sandwich is available now across Wendy's US restaurants for $4.99. Customers using Wendy's app can receive a $2 discount for a limited time.

Wendy's is using the upgraded chicken filet on its premium chicken sandwiches, including the Bacon Jalapeno Chicken Sandwich and Asiago Ranch Chicken Club. The grilled chicken and spicy chicken filets remain on the menu.

The Classic Chicken Sandwich replaces the Homestyle Chicken Sandwich, which has been on Wendy's menu for at least a decade. It was positioned as a premium version of its crispier (and cheaper) cousin, the Crispy Chicken Sandwich, but never matched its popularity and needed an upgrade in light of new competition.

Larger rivals, including McDonald's and Kentucky Fried Chicken, have been trying to match Popeye's and Chick-fil-a's success with new versions of the classic mainstay.

In the summer, KFC tested a new, premium chicken sandwich called the KFC Chicken Sandwich. Following the month-long trial, a company representative told CNN Business that it's still evaluating the results before it possibly launches it nationwide.