Wendell Pierce: The First Time My Dad Gave Me 'The Talk' 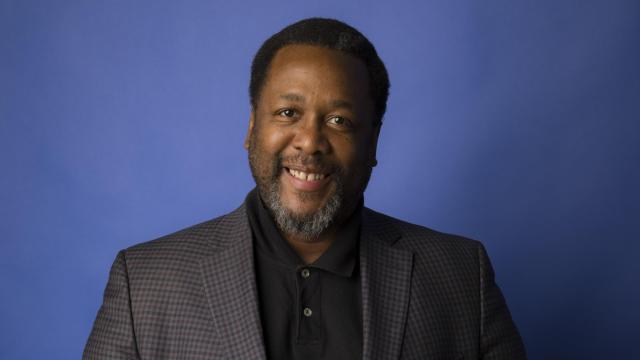 In our house, my dad had a chair. It was a Barcalounger, big and comfortable. If we missed him or wanted comfort when he wasn’t home, we’d just climb into the chair and let it envelop us.

After work, my dad always settled into that chair, opened a Budweiser and watched Walter Cronkite on the “CBS Evening News.” It was in this chair that he sat on April 4, 1968, the day the Rev. Martin Luther King Jr. was assassinated. It was the first time I ever saw my father cry.

In 1974, when the city of Boston was desegregating its schools, I watched the news with my dad and saw the police escorts in riot gear, the protesters screaming at the buses, small frightened faces in their windows.

It was the summer before fifth grade, and in a few short weeks, I would be getting on my own school bus, part of the first wave of gifted and talented kids being bused to a predominantly white school in New Orleans.

It would be my first time on a bus. I was terrified.

My mom was in the kitchen cooking dinner, the sound of the New Orleans holy trinity of onions, peppers and celery sizzling in a hot pan. Dad settled into The Chair.

I went, ready for him to impart his wisdom like an oracle.

Instead, he said, “They are going to come at you in a group. You are going to get your ass kicked. But whatever you do, grab the biggest one or the leader — it’s usually the same person — and you kick his ass.”

My eyes went wide. I saw what they did to those kids in Boston on TV. Birmingham was still fresh in everyone’s imagination. Not only did my dad tell me to fight, but I was supposed to fight the biggest one? The leader?

Now, my father wasn’t a violent man. But he did fight in Saipan in World War II, so he understood how to defend himself.

“You kick his ass,” he continued. “They’ll never mess with you again.”

Scared and confused, I didn’t understand what he was saying. What I wanted to tell him was there was no way that I was getting on that bus.

But to my dad and mom, an elementary schoolteacher, education was the most important thing. They would not allow my fear, however well-founded, get in the way of my education. I knew I was getting on that bus.

A few weeks later, I was riding that bus. The final stop: a school where I imagined cops in riot gear holding back an angry mob. In my mind, I was on my way to die.

When we reached the school, I exited the bus with my fists up. But there were no cops in riot gear. There was no angry mob.

To my surprise, what my dad said would happen didn’t come to pass.

A few months later, during recess, a group of us were playing “Kill the Man With the Ball.” On the surface, the game looked a lot like football, except it was every man for himself. Whoever had the ball was tackled. In a group of about 20 kids, I was one of only three black kids — me and my friends Alexander and Paul.

A boy named Chet started the taunting. With his crew cut and plaid shirt sleeves rolled up to his biceps, he could have been cast as Klan Man No. 1 in “Mississippi Burning.”

Me, Alexander and Paul stood back-to-back as the other boys circled us. The vision of my father, sitting in his chair giving me The Talk, came rolling back.

“This is the moment,” I thought. “This is what my father was talking about.”

It was an epiphany. It was so clear. Instead of being afraid, I was ready. Yes! This was it!

And Chet! Yes! There was Chet!

Chet: “Come on guys, we’re going to get them on three.”

Me: “Three! Come on! This is the moment! This is what I’ve been waiting for. Come on, Chet! Come on!”

At this point, with all my hollering, there were only about three kids who stuck around to fight. Everyone else scattered, thinking that I was a banshee.

But then there was Chet. He came at me. I grabbed him and started whaling. After our scrum was over, Chet got up. He was out of breath, beaten, demoralized. Sure enough, I never had an issue for the next two years.

What my father said that late summer afternoon empowered me, psychologically, spiritually and physically. He told me exactly how violent racism was going to manifest itself. He predicted that exact moment when the ugliness of the culture was going to get in the way of our just dealing with one another as kids.

I am now in a play called “Some Old Black Man,” and the father (played by Tony Award-winner Roger Robinson) once imparted similar wisdom to his son (played by me) when he was young. That small detail rings true to me. The Talk is in our culture. The parents of black children would be remiss not to have it.

My dad prepared me for the worst of times while also enabling me to succeed in the best. He taught me to confront the insidiousness of racism head on, no matter what the ramification, so it would not fester. Defeat it and get past it. That was The Talk. Nothing scared me after that.