Raleigh, N.C. — More than a year after Carolyn Sue Fox disappeared and seven months after her body was found buried behind her Wendell home, her son was charged Thursday in her death.

Fox, 74, hadn't been seen since July 2016. Wake County Sheriff's Office investigators began searching for her a year ago after a concerned friend asked deputies to check her home at 6524 Turnipseed Road. 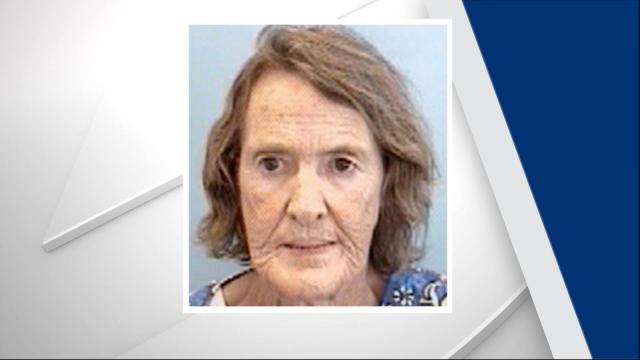 Her partially decomposed body was found March 23 buried about 3 feet underground in some nearby woods. Authorities haven't released her cause of death.

Friends of Fox told investigators last year that she was afraid of Schrader and that he had been abusive toward her in the past, according to search warrants in the case.

The search warrants state that Schrader gave "vague and inconsistent statements" to investigators about his mother's whereabouts when asked last fall. He first said she had gone to visit people in Canada and later that she had moved to the Philippines because the air was better there for her health, but investigators confirmed that Fox doesn't have a passport and never left the country.

Schrader also told authorities that his mother had taken her five dogs with her, but investigators found that Schrader had surrendered four dogs to the Wake County Animal Shelter.

Around the same time that Fox's body was found, investigators searched the home she shared with Schrader, as well as an unfinished residence Schrader was building on the property. They found a bag of teeth inside an envelope labeled "Sue Fox," five rolls of duct tape, a bag with $900 in cash, various documents, a 60-pound bag of concrete and a book titled "Foundations and Concrete" on the property, according to search warrants.

According to the warrants, an informant told investigators that Schrader mentioned in conversation in February that he had to bury his mother.

Prosecutors didn't get into details of the case during a Thursday court appearance for Schrader, but his arrest warrant indicates investigators believe Fox was killed on or sometime around July 13, 2016.