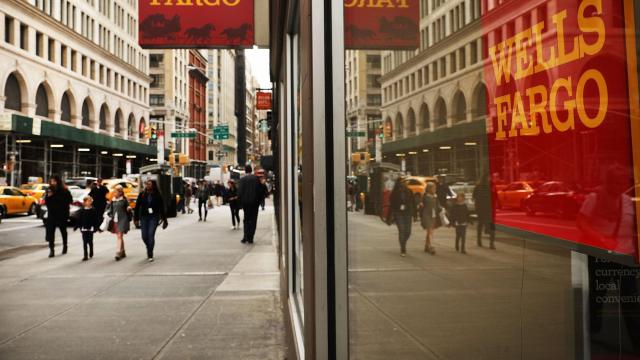 CNN — Wells Fargo's bottom line grew steadily in the second quarter as the big bank searches for a new boss and tries to recover from years of scandal.

The San Francisco company reported on Tuesday a profit of $6.21 billion, up 20% from the prior year. Per-share profits, boosted by a surge of buybacks, easily topped Wall Street's expectations.

"Wells Fargo had a strong quarter. The wheels are not falling off the wagon," said Ken Leon, an analyst at CFRA Research.

The growth comes despite the fact that Wells Fargo has been missing a permanent CEO since the sudden resignation of Tim Sloan nearly four months ago.

Interim CEO Allen Parker signaled the board is still seeking an outsider for the job, casting doubt on recent speculation that he could get the gig permanently.

"From the very beginning, they said they would be seeking someone from the outside. As far as I know, they've never wavered from that," Parker told analysts during a conference call.

Part of Wells Fargo's earnings beat was driven by cutting costs, with net interest expenses declining 4% from a year ago. However, Wells Fargo warned that 2019 expenses will be near the high end of its target, disappointing shareholders who have urged the bank to get costs in check.

"Our expenses are too high," John Shrewsberry, the bank's chief financial officer, said during the call.

Wells Fargo's results also demonstrate pressure on bank profits caused by swings in interest rates and the sharp pivot by the Federal Reserve.

The bank reported a $216 million decline in net interest income, the gap between what banks make on loans and what they pay on deposits. Among other factors, the company cited the lower interest rate environment as the Fed prepares to cut rates to boost the economy and accelerate inflation.

Wells Fargo warned that net interest income in 2019 could be at the low end of its forecast if the rate environment "persists."

In addition to being hit by potential Fed rate cuts, Wells Fargo said its deposit costs have climbed sharply. That is a lagging impact from the Fed's rate hikes through the end of 2018.

"The outflows are probably tied to brand damage," said Leon.

Wells Fargo continues to face investigations from regulators tied to the fake-accounts scandal.

Parker, the interim CEO, said discussions about potential settlements are "ongoing" with the Justice Department, SEC and Labor Department.

Like other big banks, Wells Fargo continues to return vast amounts of cash to shareholders. The bank repurchased $4.9 billion of stock during the second quarter alone, nearly doubling the amount from the year before. Those aggressive buybacks shrank Wells Fargo's share count by 9%.