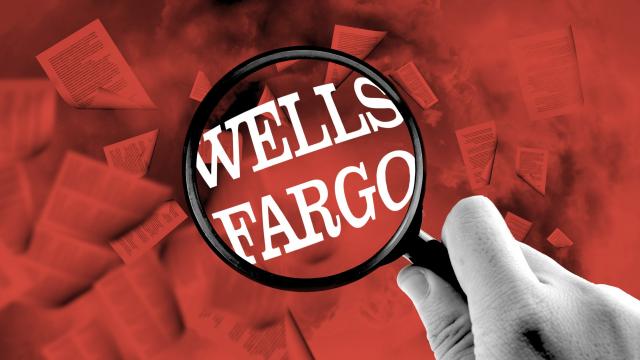 The nation's No. 2 bank scored a $3.4 billion windfall during the final three months of 2017 from the corporate tax cut signed into law by President Trump.

But the many scandals haunting the bank erased most of that bonanza.

The company's litigation expenses ballooned to $3.3 billion before taxes. That's more than triple what Wells Fargo set aside during the previous three months.

Wells Fargo said the legal costs stemmed from the bank's infamous fake-accounts debacle, mortgage-related investigations and "other consumer-related matters." Most of those expenses are not tax deductible.

The litigation costs show that Wells Fargo has yet to shake off more than a year of controversy that has tarnished its reputation, hurt its stock price and dinged profits.

"While we faced challenges in 2017," CEO Tim Sloan said in a statement, "we are a much better company today than we were a year ago, and I am confident that this year Wells Fargo will be even better."

Wells Fargo's stock flatlined as its profit and revenue trailed targets. The stock has soared 38% since Trump's election, but that's well behind Bank of America, Citigroup and JPMorgan Chase.

The good news for Wells Fargo is it's expected to be one of the biggest winners from the tax overhaul. Banks pay relatively high tax rates, so they stand to benefit from the reduction in the corporate rate from 35% to 21%. Wells Fargo makes virtually all its money in America.

Wells Fargo has already enjoyed a $3.4 billion after-tax benefit from the tax law. Most of that is tied to money Wells Fargo owed Uncle Sam in the future, known as a deferred tax liability. The bank wrote down part of that IOU, triggering a $3.9 billion gain. Other banks, such as JPMorgan, have suffered short-term hits because deferred tax assets lost value when taxes were cut.

Wells Fargo's windfall was offset a bit by tax losses linked to low-income housing, renewable energy investments and bringing foreign profits back to the United States.

Like other companies, Wells Fargo has announced plans to share its tax windfall with workers and customers by raising its minimum wage to $15 an hour and giving 40% more to charities.

Wall Street remains concerned about Wells Fargo's hefty expenses, though. The bank's noninterest expenses grew by 17% last quarter to $16.8 billion. Wells Fargo has pledged to slash $4 billion in costs this year and next, in part by closing more than 400 branches.

Wells Fargo did not break down how much it's spending on legal problems.

Wells Fargo has also said it wrongly charged some homebuyers fees to lock in mortgage rates.

And the bank has admitted to other consumer-related problems. The bank has said it charged as many as 570,000 customers since 2012 for car insurance they didn't want. Wells Fargo has uncovered up to 3.5 million potentially fake bank and credit card accounts.