Clayton, N.C. — Weeks later, Clayton police are still looking for the driver involved in a fatal hit-and-run on Oct. 3.

On Monday, police officers distributed 400 fliers to drivers on U.S. Highway 70 in hopes of finding the driver of a white model GMC Acadia believed to be made between 2007 and 2012. It could have damage to the front end or side.

The flier includes a photo that could resemble the SUV. 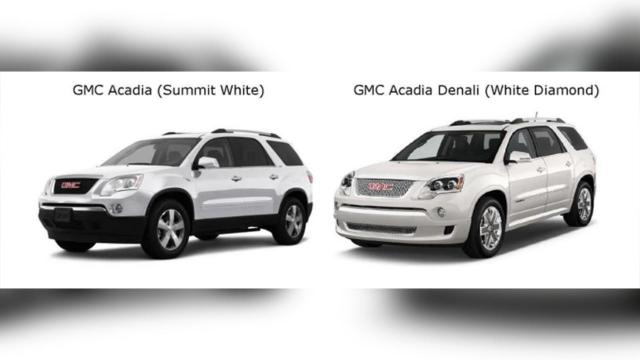 Before 6:30 a.m. on Oct. 3, officers responded to the intersection of U.S. 70 Business West and Yates Drive after callers reported a body on the side of the road.

At the scene, officers found the body of Edgardo Medina, 28, on the shoulder of the westbound lane.

Police said a fight occurred inside a 2003 Chevrolet Silverado, which had partially stopped in the rightbound lane of U.S. 70. Medina and another man exited the truck on the left side and were hit by the Acadia.

Francisco Gil Gervacio, 42, of Raleigh was able to drive the Silverado away from the area.

Anyone with information about the driver is asked to call the Clayton Police Department at 919-553-4611. Callers can remain anonymous.