'We never expected to be here;' From Enloe High to America's Got Talent final, singer uses voice to inspire

Los Angeles, California — Christal Sanders Rheams is a Raleigh native, a graduate of Enloe High School, a sergeant major in the U.S. Army and a singer who leaves listeners speechless.

Rheams says her mother is one of her biggest musical influences.

"She was 6 years old so that would have been 1976," Sanders said Wednesday. "I always believe in bringing out the creative skills in kids, period."

Sanders first heard her daughter performing in a production of "The Music Man," and she's not surprised those talents have taken her to the national stage. 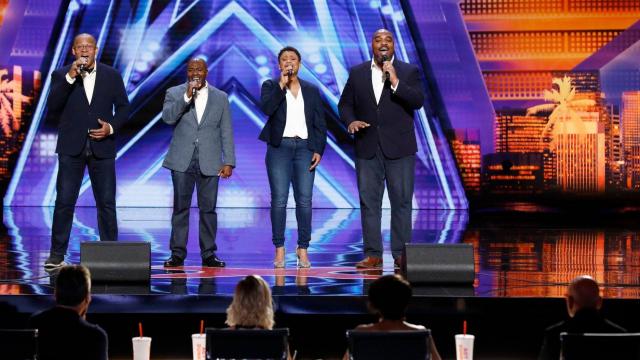 Rheams' current gig has her performing alongside fellow military servicemen in the talent competition show. She and one other member of "Voices of Service" are on active duty, their two compatriots are retired.

"These boys are like my brothers, and we all have a common bond through that. I’m super-excited to be here," Rheams said.

She represents one of two Raleigh connections still on the show.

The City of Oaks' Tyler Butler-Figueroa has made it to the finals round.

He is extremely talented," Rheams said. "I’m proud to be able to represent Raleigh and be a part of the Raleigh crowd riding along with him."

Whatever the outcome in next week's finals, Rheams is satisfied to be able to use her voice to inspire.

We never expected to be here, this far," she said.

"We’ve still gone way past our expectations. Whatever the outcome is, we’re happy with it."