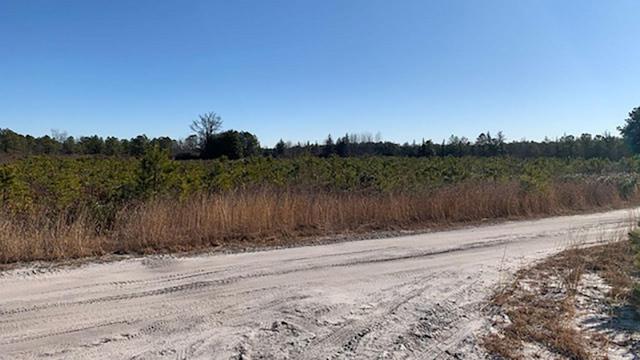 CNN — Gone are the days of printing out directions or following physical maps. If you're trying to go somewhere and need directions, there are plenty of apps to update you while you travel in real-time.

But nothing is foolproof and that's what drivers using the Google-owned, navigation app Waze are finding out after they were sent many miles away from the Borgata Hotel Casino & Spa in Atlantic City, New Jersey, according to Jackson Police Department's public information officer Lt. Christopher Parise.

Drivers attempting to get to the Borgata Hotel using Waze directions have had their cars stuck in the sand at Colliers Mills Wildlife Management Area, near Lake Success instead, almost 45 miles away from the casino, Parise told CNN.

When searching for the Borgata on Waze, there was an advertisement button attached to the casino's address, according to Parise. Even though the address on the ad was listed correctly as 1 Borgata Way in Atlantic City NJ, once users clicked the ad, the pinned location led drivers to the middle of the Colliers Mills Wildlife Management Area instead.

Parise said the police department found out about error when one his officers was out assisting a stranded car when the driver told the officer they were headed for the Borgata but wound up at the 12,000 acre wildlife area through unpaved roads after using Waze for directions. Many of the drivers the department helped were from the North New Jersey or New York.

My department towed 10 cars in 5 days that were stuck," Parise said. "A Waze response to the error report stated 249 others reported the same location error in the past couple days, so hundreds have been misled back there."

Parise said they filed a report with Waze about the error.

Scott Salerno, from Westfield, NJ near Newark, was leaving from a day trip of hunting with his dog near Collier Mills Wildlife area when a car came out of a side road and waved him down.

Salerno told CNN the driver asked for his help citing the direction error from Waze. Salerno said he helped lead the driver and a passenger in their 4-door sedan out of the area.

"The roads out there are really rough and lucky it wasn't swampy or muddy," he said. "They followed me out through twists and turns, bumps and detours around large pot holes full of water."

After a ten minute ride, Salerno said they finally made it to pavement on Colliers Mills Road.

"I figured maybe they ask for directions to wherever they were trying to reach but no, they flew out there like they just escaped from prison," he said.

In a statement to CNN, a Waze spokesperson said they "resolved the issue with the Borgata Hotel address on Monday within hours of it being flagged. Users can now navigate smoothly to the Borgata Hotel."

It's unclear how the wrong pinned location was attached to the Borgata's advertisement.

Liza Costandino, the Borgata Hotel's director of communications told CNN that Waze took the advertisement down and they have no idea how that happened.

"We encourage guests to reenter our correct address: 1 Borgata Way, Atlantic City, NJ 08401 and to check the route before they begin driving to ensure the map is directing them to Atlantic City," Costandino said.

Parise said that while the problem is corrected, if someone previously entered the fictitious location, it will still show up as an available destination.

He added that a Waze App representative told him that Waze will store prior destinations on your phone. In order to make sure this doesn't happen to drivers, the app wants you to delete any saved or recent search results by "going to each saved location, hitting the 3 dots icon, then hit 'Don't show.' This will delete the wrong location from the cache on your device. Then search for the address again so the Waze App looks up the corrected location. After doing this, the fictitious location will be removed and no longer selectable."

Parise said the police department is advising drivers to give it a second look when selecting locations listed with the orange "Ad" logo in the corner or places with more than one name with the same address, though distances apart.