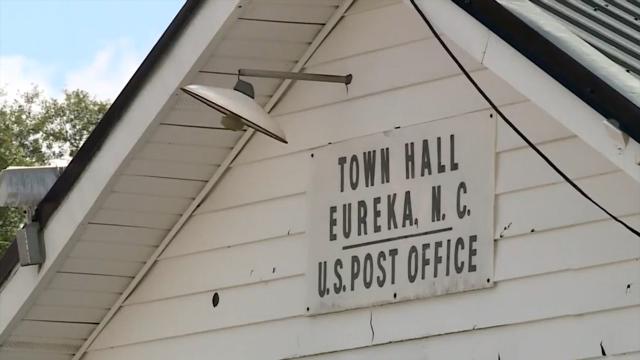 Raleigh, N.C. — The tiny Wayne County town of Eureka was breathing a sigh of relief Wednesday.

The town was just five days away from having to declare bankruptcy and dissolve due to its aging water and sewer system. If it had, the town's assets would have had to have been auctioned off, and its water and sewer service discontinued.

On Wednesday, the governing board for the state's water infrastructure fund approved $200,000 to bail the town out for the rest of its fiscal year.

The emergency grant wasn't possible until a bipartisan coalition of state lawmakers rushed a bill through the legislature last week to allow the Department of Environmental Quality to make the grant. Gov. Roy Cooper signed the bill Wednesday.

According to House Majority Leader John Bell, R-Wayne, the problem was causing a domino effect throughout the county's other water systems. Eureka was deep in debt to Fremont, a town connected to its system, for handling Eureka's wastewater. That left Fremont behind in its payments to Goldsboro.

Sewer bills can skyrocket to $28,000 when the system is overwhelmed by floodwater, but Eureka's budget can cover only about $7,000 a month.

The state's Local Government Commission has suspended Eureka's charter for five years and assumed control of the town's finances so it can get its head above water.

Bell, whose district includes Eureka, said about 15 to 20 towns statewide are close to dissolving because they cannot pay their bills. As businesses close up and the population shrinks, the remaining residents cannot afford to pay mounting bills for crumbling utilities, he said.

Bell said a permanent solution is needed, but the emergency grant will buy Eureka valuable time.