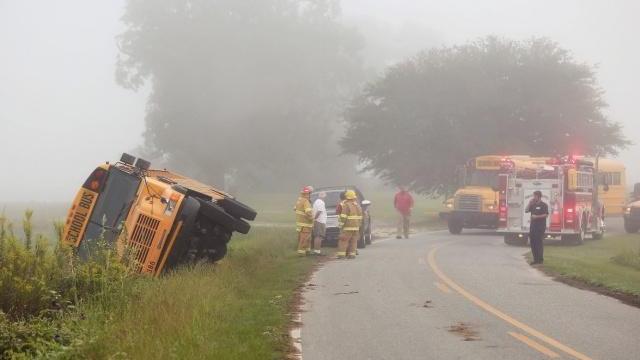 Mount Olive, N.C. — A Wayne County school bus driver was injured Wednesday morning when his bus went off the road in a curve and flipped on its side.

One student was on board at the time and was not injured, according to Wayne County Schools' spokesman Ken Derksen. The bus was going to Southern Wayne High School.

The crash happened around 7 a.m. at 386 Shady Grove Road in Mount Olive. The Highway Patrol is investigating.