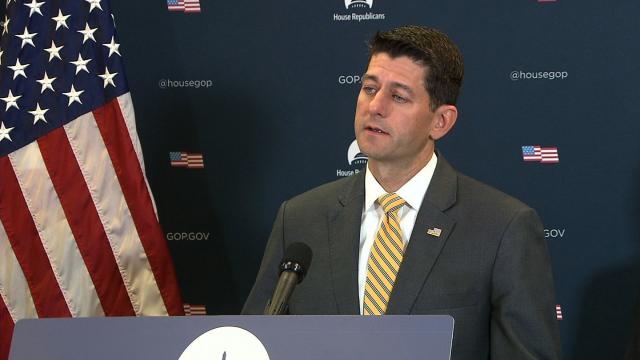 "Paul Ryan's the kind of guy who crashes your kegger, drinks all your beer, and then calls the cops to make his noise complaint," Ryan says, quoting a tweet.

The video, uploaded to Ryan's YouTube page and Twitter account, is similar to a segment popularized on Kimmel's ABC show, during which celebrities and other public figures read tweets mocking them.

"Paul Ryan is proof that you don't need a spine to do P90X," Ryan says, reading another tweet, referring to Ryan's workout routine.

The video was posted ahead of Ryan's speech to congressional interns, which focused on what Ryan described on Twitter as "rediscovering our common humanity."

Ryan is not the only politician to join the trend of famous people reading mean tweets about themselves.

"President Obama will go down as perhaps the worst president in the history of the United States. Exclamation point. @realDonaldTrump," Obama said, reading a tweet that President Donald Trump wrote.

Others, including former House Speaker John Boehner and Minority Leader Nancy Pelosi, have also participated in the reading of "mean tweets."