Washington, NC, offers something for everyone 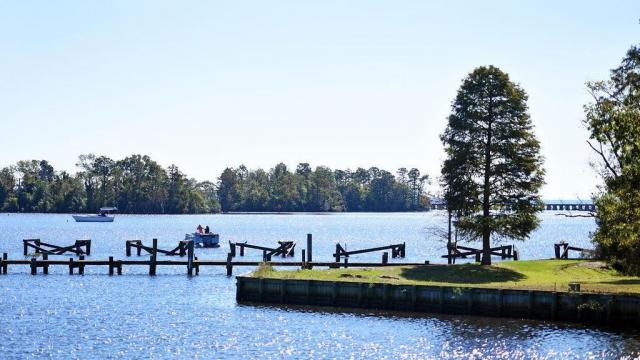 Washington, N.C., is known for its captivating waterfront, historic downtown, and rich arts and culture scene, making it a great place to visit and an even better place to live. Adding to the town's quality-of-life aspects are the many ways in which citizens can engage and socialize with one another and become civically involved.

For residents who have made Washington their home, there's no shortage of activities, social clubs, groups to join, or ways to get involved in the local community. Whether you're into outdoor activities, the arts, volunteering, fitness or professional leadership — there's something for everyone in Washington.

"I'm originally from Michigan. I spent my whole life there until about three years ago," said Henry Capogna, a Washington transplant who moved to the area in 2017. "My son and daughter-in-law live in nearby Greenville. My wife and I decided to move down here because we wanted to spend time with our grandchildren."

Capogna and his wife moved to Washington based on a recommendation from his daughter-in-law's parents, who spoke highly of the lifestyle and neighborhoods in town. Wanting to be close to their grandchildren, but not "hover" over them, the Capognas found Washington to be a great fit.

"We fell in love with the place and decided to retire here," said Capogna.

However, retirement for Capogna hasn't just been sitting back and watching the world go by. In fact, he made a promise to himself when he moved to Washington that he was going to get involved, get out, and meet people.

"When I came here, I definitely wanted to make an impact," said Capogna. "I'm very active. I did not want to just sit back here and do nothing and just retire — you get old that way. So I got involved right away, first with the Eagle's Wings Food Pantry. It's a fantastic organization that services around 4,000 people a year who live in Beaufort County. There's so many good nonprofits in this area. So many people volunteer here."

Capogna is also a member of the Rotary Club of Washington (Noon). Rotary is a worldwide organization "of business and professional leaders who provide humanitarian service, encourage high ethical standards in all vocations, and help build goodwill and peace in the world." Capogna said it's not only a great way to make an impact on the community, but also allows him to network with local officials like the mayor and city council people, who are also members.

"It's a great way to establish contacts. They say Rotary opens the door to opportunity and it introduced me to a lot of other avenues that I could get involved with," said Capogna.

"I came here about eight years ago from New England and I quickly discovered that the community here in Washington is a very caring community. Shortly after moving here, a new friend recruited me for the Rotary and I've been involved in rotary ever since," said Roland Wyman, chair of the Arts of the Pamlico and former president of the local Rotary Club. "We're a group of about 85 individuals from Washington and the surrounding area that continuously engage in various service projects and fundraising efforts. We work with other similar organizations — everything from domestic abuse organizations to The Blind Center, and my observation is that essentially the folks in this community are working shoulder to shoulder to address needs where they see them. It's been an amazing experience."

Fellow Rotary club member Capogna is also a member of St. Peter's Episcopal Church and sings in the choir. The church is how he got involved in a local exercise group called F3 (faith, fitness and fellowship) where participants study scripture, but also do a 45-minute military style workout along the Pamlico River three times a week. It helped him meet fellow residents and gets him out of the house.

Realizing others were looking for similar socialization activity, during COVID, Capogna started a socially distant outdoor workout group for anyone to join who was interested.

"It's so lovely because you're out there and you hear sail boats going down the river and see the yachts and it's just nice as people are walking along the river on that beautiful boardwalk," he said.

If meeting people through exercise groups or volunteering efforts isn't your cup of tea, there are plenty of other ways to get involved and meet people in Washington. Artists and creatives for example, will find no shortage of galleries to peruse or work in, events to attend, or groups to join — like the writers workshops or playmaker troupes at the Historic Turnage Theatre downtown for instance.

"One of the first things my wife and I noticed when we moved here was the Historic Turnage Theatre," said Wyman. "I purposely set my sights on learning more about it. I went from volunteer to board member. This has had a tremendous social aspect to it because as an arts council, we are very much in the middle of what's happening in Washington."

Additionally, the welcoming nature of the community in Washington includes business owners, artists, and groups of all kinds, serving as a testament to the town's reputation that it truly is a place for everyone.

"There's a gay community here, there's mixed housing, a diverse array of people from all over," said Capogna. "The future of this town is enormous."

"The culture here is such an amazingly welcoming community," added Wyman. "Walking down Main Street with perfect strangers making eye contact and saying hi — that's precious. It says a lot about the nature of people here."