Dunn, N.C. — Any curious fisherman who follows the rhythmic chirping song off Interstate 95 in Dunn will find themselves at the largest cricket farm in North Carolina. The farm breeds, houses, sells and ships 70 million crickets every year all over the United States.

Warren’s Cricket Farm is a 33,000-square-foot facility that provides crickets to the bait industry in the Mid-Atlantic region. This farm is the largest cricket producer in North Carolina, and quite possibly the oldest. Owner Waylon Warren Sr. has been in the cricket industry for seven decades, ever since 1947.

“Mrs. Warren started raising crickets for her husband to fish with,” farm operator Scott Lee said. “His friends wanted some crickets and it just grew to what it is today.” 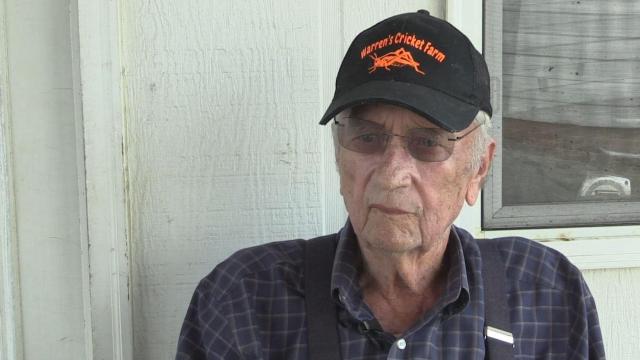 The family began to sell crickets to the community in 1956. Warren’s Cricket Farm primarily sold to fisherman in the 50’s, expanding to pet shops and reptile owners around the U.S.

Operating the farm is not as relaxing as a day spent fishing, though. The farm employs 10 to 15 workers year-round and sells just less than 200,000 crickets a day. Daily tasks include moving thousands of crickets to breeding boxes, boxing and shipping orders, ordering stock, feeding, watering and heating the insects.

Warren’s Cricket Farm is operated by Scott Lee, a longtime family friend. Waylon Warren Sr. lost his son and heir to the farm to cancer in 2017, so when he needed someone he could trust to run the farm, he called Lee.

“He asked me if I would come and learn this as quickly as I could,” Lee said. “This is a business he’s been in since he was 10 years old, and I had to learn it in 4 weeks. But I couldn’t let him down. I think the world of him.” 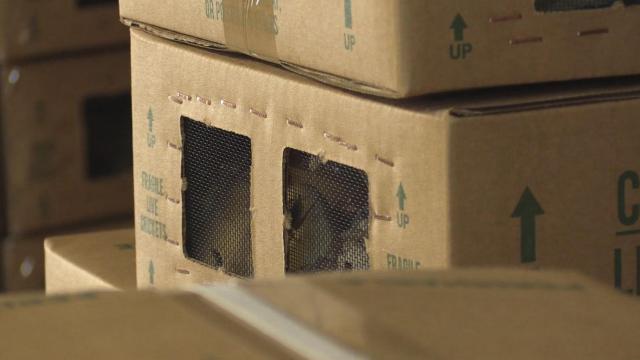 Lee keeps the farm running smoothly as a cricket handyman and stock maintainer. Warren’s Cricket Farm can go through 3,000 pounds of potatoes weekly during busy summer months, and if one order is missed, the entire farm could be at stake.

“Crickets will eat each other if they aren’t fed,” Lee said.

A cricket farm will also close its doors pretty quickly if breeding is not calculated correctly. At Warren’s, females lay on Mondays and Tuesdays. One week later baby crickets will hatch and the cycle continues in between shipments of boxes of both baby and adult crickets.

“One of the constant things we’ve got to deal with is a little mouse or spider that will get in,” Lee said. “They’ll eat one or two but when they get to the babies they can eat a bunch of them.”

Other threats to the insect population are snakes, rats and even the water supply. “There’s a lot to deal with raising crickets. It can be very stressful,” Lee said.

Warren said that because he has no one else to leave the farm to, Lee may one day be the sole owner of Warren’s Cricket Farm.

“Whether he leaves it to me after he’s gone or not does not matter to me,” Scott said. “I guess his dream was to keep this place going forever and I think the world of him so much I will do whatever I have to do to keep it going.”

Warren’s Cricket Farm is open Monday through Friday from 7:30 a.m. to 4:30 p.m. Though the farm is not open for public tours, the small family business takes pride in its community and its impact on the state of North Carolina.

With no plans to end production anytime soon, Warren and Lee hope to keep Warren’s Cricket Farm in business for many years to come.