Raleigh, N.C. — The Henderson man charged with shooting a Raleigh police officer last week admitted to police that he had stolen a car and broken into a Holly Springs home before the shooting, according to search warrants released Thursday.

Officer Charles Ainsworth was following up on a report that a car stolen at gunpoint on Jan. 4 had been spotted on Teakwood Place in southwest Raleigh on Jan. 9 when he was shot several times, including in the neck. He remains hospitalized at WakeMed.

Cedric Jamal Kearney, 24, was apprehended about a half-mile from the shooting scene after an intense manhunt. Police K-9s tracked him to a storage shed outside a home on Wendy Lane after he accidentally locked himself inside and couldn't get out.

During questioning by investigators, Kearney admitted that he and his girlfriend used a dating app to lure a man to Schaub Drive on Jan. 4, and he stole the man's Dodge Dart, cellphone and wallet by threatening him with a gun, according to applications for warrants to search Kearney's cellphone, the Dart and the girlfriend's cellphone.

The girlfriend, Sherry Marie Richmond, also admitted to police that she lured the Dart's owner to the area so Kearney could steal his car, the warrant applications state. 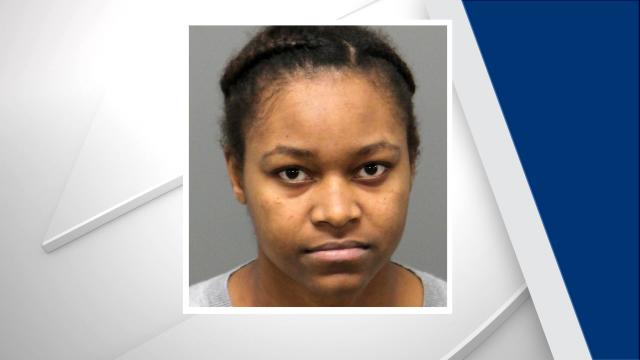 Kearney also admitted to investigators that he had broken into a home in Holly Springs hours before Ainsworth was shot and had stolen several guns and other items, according to the warrant applications. He said Amonie Shanteas Fletcher had a key to the home because she had stayed there previously, so he went there with her and Richmond to grab what they could.

Kevin Rawitz said Fletcher was a friend whom he let stay at his house for two or three months because she was in between jobs and was in a financial bind.

"She asked if she could crash at my house. She had two small children. I guess I had a soft spot for that," Rawitz said.

When he got home from work early on Jan. 10, he said, he realized some guns had been stolen, and he immediately suspected Fletcher in the theft because she still had a key even though she had moved out.

"This was the most disrespectful thing a person could’ve done," Rawitz said. "My biggest fear was that one of my guns was used [to shoot Ainsworth]. That kept me up for days."

So far, from his understanding, that isn't the case. 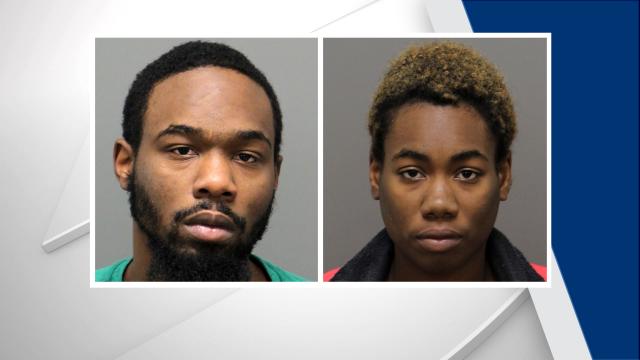 Fletcher is the sister of Antonio Dequan Fletcher, who was with Kearney at the time of Ainsworth's shooting. Antonio Fletcher, 21, of Cary, has been charged with possession of a stolen firearm in the incident, and authorities said he could face other charges. He remains in the Wake County jail under a $50,000 bond.

Kearney is charged with attempted murder, two counts of assault on a law enforcement officer with a firearm and possession of a stolen firearm in Ainsworth's shooting. He also is charged with robbery with a dangerous weapon and conspiracy to commit robbery with a dangerous weapon in connection with the carjacking. He remains in the Wake County jail under a $2.66 million bond.

Police seized a plastic bag containing a green substance from the Dart, and they wanted to search the two cellphones to confirm the presence of the dating app and to check the location history on the devices to see if they were in the area of Schaub Drive and in Holly Springs at the time of the two crimes.

A search warrant also was obtained to search Amonie Fletcher's home, at 1269 Teakwood Place, for items taken in the Holly Springs burglary. Police said in the warrant application that she had consented to an initial search after Ainsworth's shooting, and police found some of the stolen items then.

Two other search warrants were for vehicles parked on Teakwood Place that were damaged in an exchange of gunfire during Ainsworth's shooting. Police wanted to recover bullets from inside the vehicles.

Senior Officer B.A. Halpin fired at Kearney as he fled the area after Ainsworth's shooting, but he didn't hit anyone. He has been placed on administrative duty pending the outcome of Raleigh Police Department investigations into the incident.