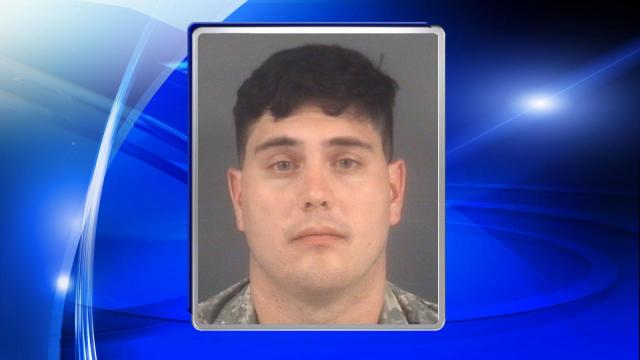 Fayetteville, N.C. — A Fayetteville man was charged in May with child abuse after a 5-month-old child sustained numerous fractures to its skull, ribs and spine, according to court documents.

Warrants also show Kemper is also charged with misdemeanor child abuse after allegedly punching a 4-year-old child in the head, hanging the child upside-down until "red stuff" came out of her nose and choking her.

The abuse of the 5-month-old occurred on March 1. The infant sustained two skull fractures causing a brain bleed, two rib fractures, retinal hemorrhages and a spinal fracture, according to court records.

The Fayetteville Observer reported that Underhill is a soldier in the U.S. Army station at Fort Bragg. The newspaper also reported that his wife, Jazmin Marie Garcia, 28, of the same address, was also charged with intentional child abuse inflicting serious bodily injury, conspiracy and common law obstruction of justice.