Wake Forest, N.C. — A Raleigh woman threatened to kill her 7-year-old daughter before stabbing three people outside a Wake Forest home on Tuesday night, according to a search warrant.

Rebecca Ashley Nelson, 38, was charged Friday with murder and two counts of assault with a deadly weapon with intent to kill inflicting serious injury.

According to an application for a warrant to search Nelson's Cadillac, she showed up at 1103 Fairway Villas Drive with her daughter and 5-year-old son and confronted her estranged wife, Suzanne Nelson, in the front yard. During an argument, Rebecca Nelson pulled out a knife and threatened to kill the young girl, the warrant application states. 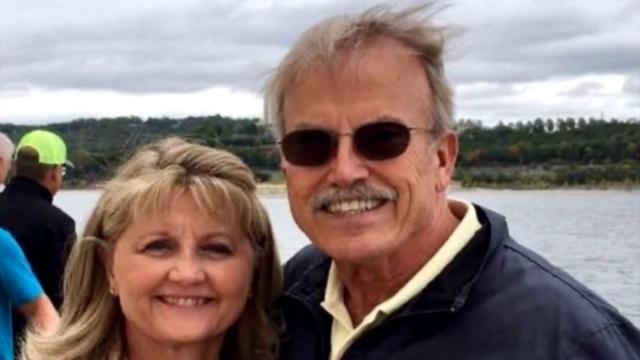 After the stabbings, Rebecca Nelson showed up at a convenience store in Mebane, 45 miles away, covered in blood. According to the search warrant application, she pulled a bloody knife from her jacket and handed it over to Orange County deputies.

While being driven to UNC Hospitals in Chapel Hill, Rebecca Nelson told a deputy she had gotten into an argument with her wife and had stabbed a family member in the heart and neck, the warrant application states.

Although there was blood inside the Cadillac, investigators seized no other evidence from the vehicle, according to the search warrant.

Rebecca Nelson made her initial court appearance on Friday afternoon, walking into the courtroom with a smile on her face. She was ordered held without bond.

"We are very much committed to seeking justice for that family," Wake County District Attorney Lorrin Freeman said. "This particular case arises out of a domestic situation, and like any kind of domestic violence case, where there are children involved and family members involved, this is a tragedy."

Suzanne Nelson's and Susan Carter's wounds were treated at WakeMed, although Carter will need more surgery, the warrant application states.