Fuquay-Varina, N.C. — Syringes and drug paraphernalia were found at the site where a Fuquay-Varina man ran over a teen who he said stole his cellphone, according to a search warrant released Tuesday.

David Wendell Dixon, 27, is charged with murder in the May 14 death of 16-year-old Monterio Devon Whitehead. He remains in the Wake County jail without bond.

Fuquay-Varina police were called to a home at 727 E. Broad St., where they found the body of Whitehead. 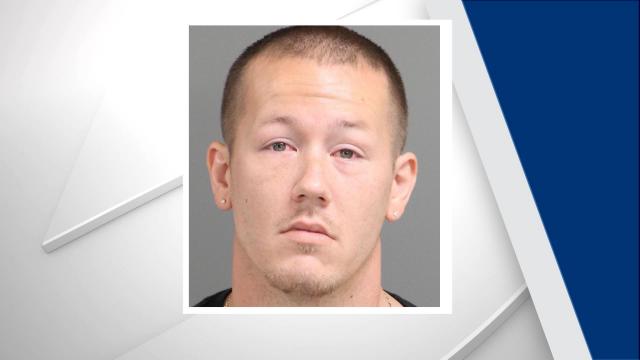 Dixon told police that three men approached him in a nearby Walmart parking lot, and one asked to use his phone. He said he handed over the phone, and the man ran off with it.

Dixon said he jumped into his car and chased the man down, driving over a curb and into the yard on Broad Street before running over the fleeing man.

Police noted that Dixon had blood on his pants, according to the application for a warrant to search Dixon's Mazda CX-9 and the area surrounding where Whitehead was hit and killed.

Police found a syringe next to the car, according to the warrant, and they also seized a bag of syringes and drug paraphernalia, but it's unclear if they were taken from the car or were found in the yard.

The application for the warrant states that a woman who called 911 told police someone was in her yard with a flashlight. Police found a silver flashlight, along with a black Samsung Galaxy S7 and a black cellphone case.

Other items taken from the scene included a Kool-Aid packet and a "corner baggie," according to the warrant.