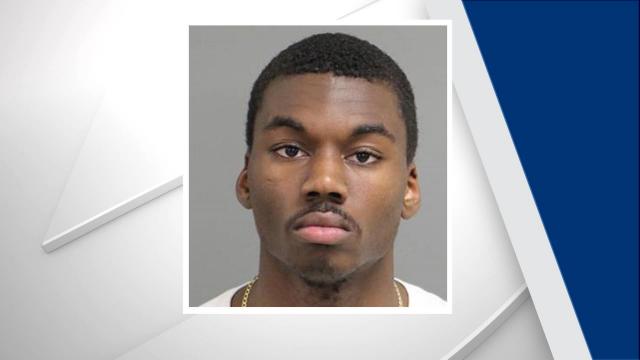 Raleigh, N.C. — Two men charged in a recent Raleigh homicide called a ride-share service to leave the scene of the crime, according to a new search warrant in the case.

Keonte Lamar Gause, 34, was found dead in his car outside a Denny's restaurant at 3215 Wake Forest Road on May 5.

Samojeh Lamont Miley, 19, of Durham, and Ke-Shawn Minatee, of Raleigh, have been charged with murder in the case. Both remain in the Wake County jail without bond.

According to a search warrant, police reviewed security video from the Denny's and a nearby Days Inn and saw that two people were in the area both before and after Gause was killed. One of the people was seen using a cellphone shortly before a small SUV arrived, picked them both up and drove off, according to the application for a warrant to obtain records from Uber and Lyft for all rides in the 3200 block of Wake Forest Road between 5 and 6 a.m. on May 5.

Police seized a cellphone, a box of bullets and a red sweatshirt from Minatee's home. One of the men seen in the security video was wearing an orange or red hooded jacket, according to the search warrant.

An application for a warrant to search Miley's Gmail account states that his cellphone was found in the back of Gause's car. Miley initially told police that Gause had picked him up on the night of May 4 and that he had left the phone in the car when he went to work early the next morning, but his employer said he wasn't at work that day, according to the warrant application.

Miley then told investigators that Gause picked him up on May 3 and that he went to work on May 4, accidentally leaving the phone in the car, the application states. Police sought the search warrants to see if the Google maps app on Miley's phone would corroborate his story that he and Gause simply drove around that night.

The Helping Hand Mission Marching Band said Gause was a drum major and "a strong role model to all that came into contact with him."