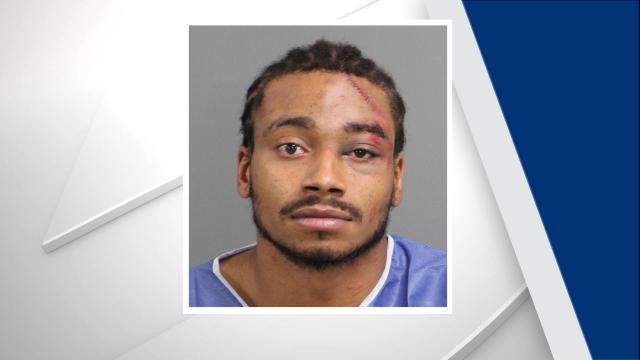 Travis Javon Hales, 25, of Raleigh, has been charged with assault by strangulation, assault and physical injury on a law enforcement officer and breaking or entering a dwelling with the intent to injure and terrorize its occupant, according to an arrest warrant filed by police.

The incident occurred Friday at the Clairmont at Perry Creek apartment complex off Capital Boulevard in a unit at 5210 Crosswood Way.

According to the arrest warrant, Hales assaulted and strangled a Raleigh officer, "leaving his hand print around her neck" and leaving her "unable to breathe."

Arrest warrants also stated that Hales assaulted a grandmother who lived at the apartment and that he "balled up his fist and charged toward her."

The condition of the victims was not released, but warrants state that Hales damaged the apartment door before he broke into the apartment with the intent to injure the grandmother and another woman who lived there.

A court date was scheduled for Monday.