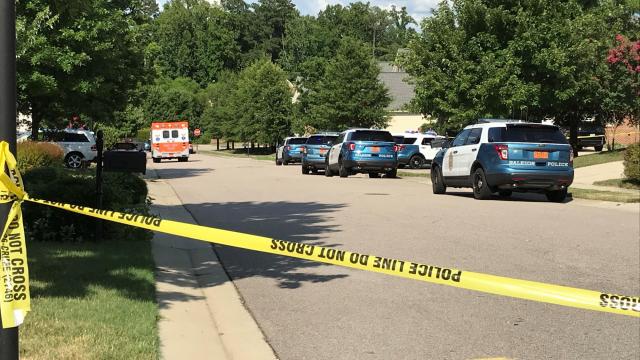 Raleigh, N.C. — A Raleigh man who killed his wife on July 4 before turning the gun on himself made sure to get the couple's two children out of the house first, according to a search warrant.

Nicholas Robert Talarico, 34, and Ashley Lauren Talarico, 30, were found dead in their Brier Creek home in what police have said was a murder-suicide.

Nicholas Talarico's mother called 911 to report she had found her son dead of a self-inflicted gunshot wound in an upstairs room upon returning home from the neighborhood swimming pool with the Talaricos' two sons, according to an application for a warrant to search the house for evidence.

Nicholas Talarico had called his mother earlier that day to ask that she take the boys, ages 7 and 4, to the pool, the warrant application states.

Investigators recovered eight .40-caliber shell casings from the house, along with a Glock 22 .40-caliber handgun and a magazine for the gun, according to the search warrant. Two projectiles were pulled from the bed in the master bedroom and a third from a wall in another bedroom, the warrant states.

Other items taken from the home include legal documents, three laptop computers and three iPhones, according to the search warrant.

Ashley Talarico managed a Women's Wellness Massage business from the couple's residence. Nicholas Talarico was a business owner and contractor for FedEx.

Ashley Talarico's mother, Alba Cimino, said her daughter had a troubled marriage. Talarico had confided in friends that she planned to leave her husband, her mother said.

"She was petrified of him, and she didn't ask for help," Cimino said. "He has always been very controlling and would never let her out of his sight. [He] pushed us further and further away."